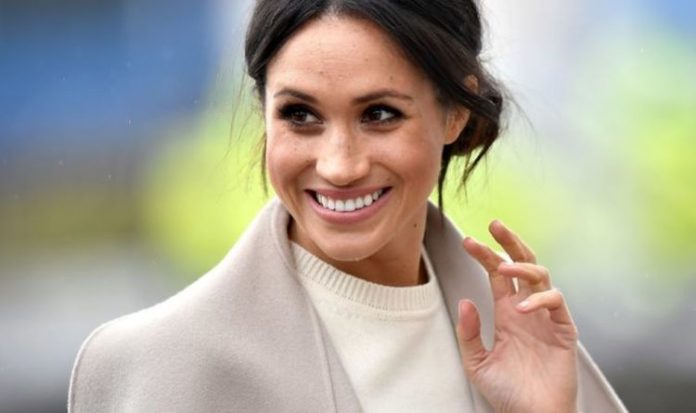 Meghan Markle’s decision to step down from her senior position in the monarchy has meant it’s “back to the same old” with the Royal Family, a royal commentator has claimed. The Duchess of Sussex’s positive impact on the British royals had been analysed by Sean Smith, the author of ‘Meghan Misunderstood’. Us Weekly Royally Us podcast hosts Molly Mulshine and Christina Garibaldi discussed the biographer’s comments.

Ms Garibaldi told listeners: “He said that Meghan brought some life into the monarchy and brought something that’s been missing for a long time.

“Now that she’s not there, it’s definitely a different situation.”

Mr Smith also claimed Meghan had made Prince Harry into a “better man”.

Responding, Ms Mulshine criticised his words, adding: “I feel like a lot of people are either for this or against this.

“The whole concept of saying that a woman has made a man into something is so old school.

“They’re both adults, it’s not like they met and got married at 21.

“They were both in their late 30s when they met.”

The podcast host added: “They’re balancing each other out.

“They married each other for a reason because they love each other and they both figured that they can make each other better.

“But, yes, one person doesn’t make another person better. I disagree with that.”

Harry and Meghan met on a blind date and started dating in July 2016.

Their engagement was announced in November 2017, and they married in May 2018.

Last year the pair stunned the world after issuing a bombshell statement saying they would be stepping down as senior members of the Royal Family.