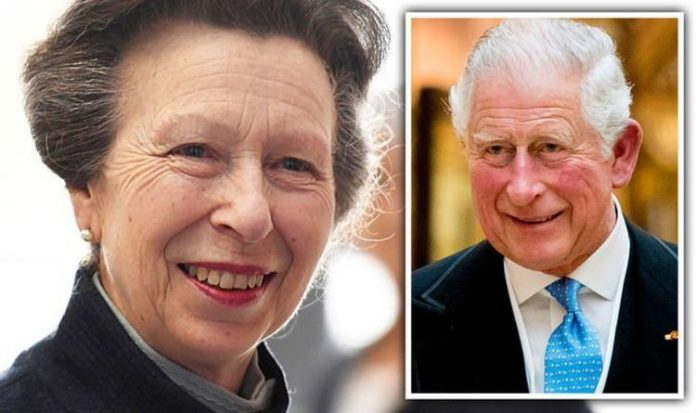 During Channel 5’s Jeremy Vine programme the panelists discussed whether Princess Anne should be promoted to a higher position in the Royal Family’s line of succession. The Princess Royal is currently 15th in line to the throne.

Keith from Manchester called into the Jeremy Vine programme to share his thoughts on Queen Elizabeth II’s only daughter.

He said: “The Princess Royal has worked remarkably in Scotland.

“She has raised the royalty in Scotland very well and she has raised Scottish rugby union into a massive successful sport.

“I think with all the work she has done, she would be a magnificent ambassador for this country.”

Keith replied: “I would say yes.”

It comes after royal commentator Robert Jobson wrote on Twitter: “If anything happens to Charles and William would Harry or Andrew be asked to be Regent to a young George?

Princess Anne is set to drop to 16th in line to the throne when Meghan Markle and Prince’s Harry second child is born.

On Valentine’s Day 2021 the couple announced that the Duchess of Sussex is pregnant.