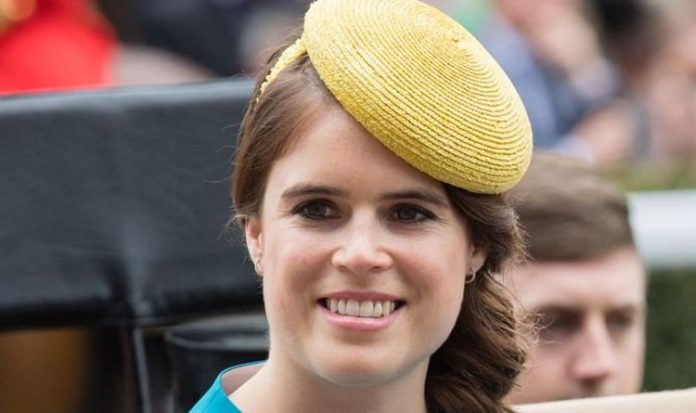 At the age of 12 Eugenie was diagnosed with scoliosis, or curvature of the spine, and required corrective surgery. As a result of the operation the princess has a scar going town her back from the neck.

However far from being embarrassed Eugenie has frequently spoken about her pride at the scar, and at her 2018 wedding wore a dress designed to reveal it.

Speaking to the Daily Mail dancer Poppy Gerrard said Eugenie had revealed her scar when the pair met in 2017.

Ms Gerrard used the platform provided by the show to raise awareness about scoliosis which her close friend, Julia Carlile, had been diagnosed with.

The dancer and her dance group, MerseyGirls, were invited for a private tea with the princess after appearing on Britain’s Got Talent.

Recounting the meeting Ms Gerrard commented: “It gave me goosebumps that a princess was so proud of her imperfections.”

Replying to the Mail one Twitter user posted: “I think Princess Eugenie is a great role model to young women everywhere. I wish her well.”

Another added: “Really brave – great to see a Royal taking the lead on this.”

“She told us about her scoliosis journey and what she had been through with her operations.

“At one point she unzipped her dress and showed us her scar.”

The princesses wedding dress featured a low cut back designed to reveal her scoliosis scar to the world’s press.

In September last year Eugenie revealed she is pregnant on Instagram.

Following her surgery Eugenie has been a strong supporter of the Royal National Orthopaedic Hospital (RNOH) NHS Trust which helps treat spinal conditions.

The charity assists 120,000 patients across the globe each year.

Writing on the RNOH website Eugenie commented: “In 2002, when I was 12 years old, I was diagnosed with scoliosis (curvature of the spine), and told that I would need corrective surgery.

“This was, of course, a scary prospect for a 12-year-old; I can still vividly remember how nervous I felt in the days and weeks before the operation.

“But my abiding memories of the RNOH, where the surgery was carried out, are happy ones – everyone there was so warm and friendly, and they went out of their way to make me feel comfortable and relaxed.”