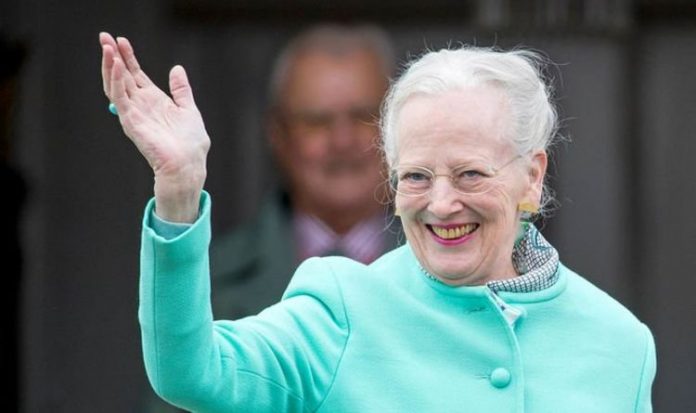 Queen Margrethe of Denmark could benefit from a higher salary next year if the budget proposed by the Government is approved. In the state budget drafted for 2021, Denmark’s social democratic minority Government would allocate the country’s monarch almost £10.76 million (90 million Danish Krone – DKK).

The 76-year-old princess uses this money to cover for expenses connected to official obligations, the Danish Royal Household said.

This would mark a sensitive increase from last year.

According to the Danish Royal Family’s annual report, the Queen was allocated £9.15million in 2018.

Queen Margrethe of Denmark could benefit from a higher salary next year (Image: GETTY)

The money given to the Queen in salary covers expenses for clothing and other personal needs as well as royal banquets and state visits hosted by the monarch or on her behalf.

The Danish Royal Household also states this allowance is needed to run and maintain the Crown’s several palaces and pay for the staff working there.

The Government allowance to the Crown is adjusted twice a year in accordance with the development of the pay index for state sector employees.

The Danish Queen remains one of the royals around the continent to receive the lowest allowances from taxpayers (Image: GETTY)

Much like other royals across Europe, Queen Margrethe and the other five senior members of her family are exempted from paying taxes.

How does the Crown Estate work? (Image: EXPRESS)

Similarly to most other countries in the world, Denmark’s wealth has been hit by the ongoing coronavirus pandemic.

According to a survey carried out among members of one of Denmark’s employers’ association, Dansk Erhverv, in April, several industries have experienced losses due to the COVID-19 outbreak.

In comparison with last year’s revenues, the travel, tourism and hospitality sectors appear to have suffered the most from the effects of the virus with 98 percent of the surveyed businesses experiencing a decrease in revenues.

Retail and wholesale also suffered according to respectively 82 percent and 74 percent of the people polled.

Despite this possible pay rise, the Danish Queen remains one of the royals around the continent to receive the lowest allowances from taxpayers.

The British Crown is one of the richest royal families in the world.

Every year, the Queen receives money from taxpayers through the Sovereign Grant, created in 2012.

Until 31 March that year, funding had been provided under the Civil List and the Grants-in-aid for the Maintenance of the Occupied Royal Palaces, Royal Travel and Communications and Information.

Last year, the Grant totalled £82.2 million and paid mainly for the royals’ travel, palace upkeep, payroll and other staff costs, utilities and housekeeping.

The Queen, in turn, surrenders all profits from the Crown Estate.

The British monarch also has a private income, called the Privy Purse, made up by a portfolio of land and other assets.

When considering her financial worth private properties such as the Balmoral and Sandringham estates also need to be taken into account.

The Queen’s net worth in 2016 was approximately £340 million, according to an estimation made by day Times.