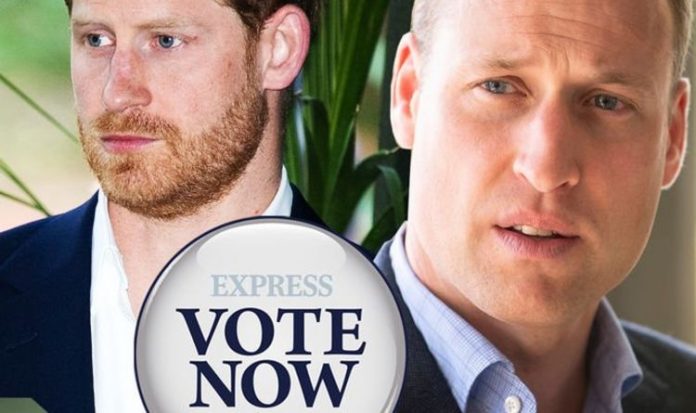 Rumours of a rift between Harry and William have long existed, with the younger sibling seeming to confirm the split in a TV interview in 2019. Relations then worsened in the coming months, culminating with the Duke of Sussex’s decision to step down as a senior member of the Royal Family without prior warning.

During ITV’s documentary Harry and Meghan: An African Journey, the Duke, which aired in October 2019, Harry said: “Part of this role and part of this job, and this family, being under the pressure that it’s under, inevitably, you know, stuff happens.

He added that the pair have “good and bad days”

In the book, he claimed the pair fell out after William told Harry he was moving too quickly with Meghan.

The Duke of Cambridge was so concerned about the pace of the relationship that he asked his uncle, Charles Spencer, to intervene.

An excerpt from the book claimed: “From time to time Diana’s younger brother had played something of an honorary godfather to both boys in the years since the death of their mother, and their uncle agreed with William to see what he could do.

The author also claims William and Harry argued over Meghan’s involvement in British Vogue’s Forces of Change issue and the couple’s treatment on one of their final royal engagements.

He also claimed that William was furious the Sussexes had decided to step down as senior royals, with the heir to the throne feeling that his brother was abandoning his sense of duty and birthright.

Most recently, Dylan Howard, author of Royals at War, said the ongoing feud between the brothers is tearing at the “very fabric” of the Royal Family.

Speaking in the Channel 5 documentary, Meghan and Harry: The New Revelations, he said: “This feud was a devastating blow to the British people and indeed members of the Commonwealth because they have looked to William and Harry as being the successors.

“So, to see a divide between them really did tear at the very fabric of the British public’s relationship with the Royal Family.

“I believe the feud comes from the difference between the brothers. William knows one day he will become King, Harry knew it was very unlikely that he would ever sit on the throne.”

But the brothers are understood to have started to patch things up in recent months and regularly participate in Zoom calls.

The pair are also understood to have exchanged Christmas presents by post.