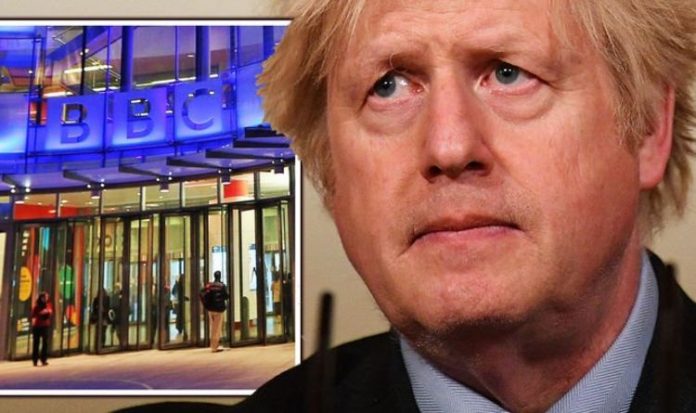 The Government has said the next head of Ofcom, the broadcasting regulator, must ensure that news is reported with “due impartiality”, in a bid to crack down on alleged left-wing bias by the BBC and Channel 4. Recruitment has already started for the next chairman, who will be told to take a tougher line against broadcasters who skew reporting about political matters, such as Brexit.

One Conservative source told the Sunday Telegraph: “The Government has been clear for some time that broadcasters need to report events with balance, fairness and accuracy.

“So, the primary task of the new chairman is to uphold impartiality and to stamp out bias. This is long overdue.”

It comes after the BBC came under fire for appearing to fail to uphold impartiality over its Brexit coverage.

Richard Sharp, who is to become the next chairman of the BBC, admitted the BBC’s coverage of Brexit did not always appear to be balanced.

Recruitment has already started for the next chairman of Ofcom (Image: Getty)

While being probed by the Digital, Culture, Media and Sport select committee ahead of his appointment, he singled out Question Time.

He said the BBC’s flagship politics debate programme appeared to give more air time to Remainers than Brexiteers.

Mr Sharp said: “I believe there were some occasions when the Brexit representation was unbalanced.

“So if you ask me if I think Question Time seemed to have more Remainers than Brexiteers, the answer is yes.”

The BBC came under fire for appearing to fail to uphold impartiality over its Brexit coverage (Image: Getty)

He added: “There have been studies done and I think there’s been some acknowledgement that some aspects of the Brexit coverage, from time-to-time, was unbalanced.”

It appears the Government wants to prevent broadcasters, from acts of political bias.

The job advert for Ofcom’s new chief, which went live this weekend, says the chairman should “ensure the discharge of Ofcom’s statutory obligations” which includes “ensuring news is reported with due accuracy and presented with due impartiality”.

The successful candidate should also “uphold Ofcom’s strong reputation as an impartial, independent and evidence-based regulator”.

The Government has said the next head of Ofcom, the broadcasting regulator, must ensure that news is reported with “due impartiality” (Image: Getty)

The salary for the three-day-a-week job was increased from £120,000 a year to £142,500, as the Government attempted to attract the right candidate.

Applications for the role will close on March 26, with final interviews in the week starting April 26.

Paul Dacre, the former editor of the Daily Mail, is currently tipped for the job.

But the candidate is expected to be chosen by a four-strong panel, which is set to include Oliver Dowden, the culture minister and Paul Potts, a former member of Channel 4’s board and ex-chief executive of the Press Association, a news agency.

Tory MP James Sutherland welcomed the move, and said: “I welcome any initiative that improves quality and impartiality in our flagship broadcasters.

“We have seen far too many examples, notably during Brexit, where journalists have allowed personal political bias to creep into their reporting.”

A Government spokesman said: “As we move into a new and exciting time for how people communicate, Ofcom’s duties protecting consumers and upholding media impartiality have never been more important. It will be taking extra responsibility enforcing our world-leading online safety laws placing it at the heart of our future digital world.

“Yesterday we launched the search for its next chair, whose job will be to ensure Ofcom maintains its strong global reputation for independent and evidence-based regulation. It will be a fair and open competition in line with the code for public appointments and we encourage those with the talent and aptitude to apply.”

A BBC spokeswoman told Express.co.uk they have “no comment to add”.