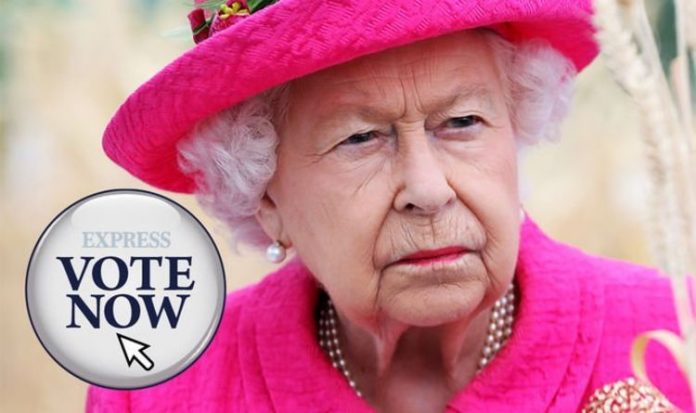 Vote in our poll on whether the monarch should cull minor royals following the explosive claim. And let us know more about what you think by scrolling down and leaving a comment.

Our poll comes as Clive Irving, author of new book The Last Queen, warned too many members of the Royal Family were “freeloading”.

He suggested cutting members of the family from royal duties – and the perks that come with it.

This would see royals like Princess Eugenie, Sophie Wessex and others not expected to ever take the throne culled from royal life.

The royal frontline would shrink to include only key royals with a closer link to the line of succession, including Prince Charles, Prince William and the young Cambridge royals.

“So they had to break away from the cage and they had to try to do that with a minimum of distress.”

The royal author’s new book claims the Queen is likely to be Britain’s last female monarch as her successor are all male.

He said: “It’s a very emotional idea, I think. The whole history of queens in England will end with this one.”

Mr Irving criticised heir to the throne Prince Charles, branding him “entirely unsuitable” to be king.

He said: “The Queen seems more modern than Charles. She’s very much timeless, whereas Charles is an 18th-century figure.”

The royal expert added that the “most significant thing” about the Queen is how little is known about her.

“People may tell you how she feels, but they don’t really know.

“She understood from the word go that you have to sustain the mystery.

“And so she’s kept that up and she inherited that from her father who did the same great thing she did, kept himself a bit of a mystery.”