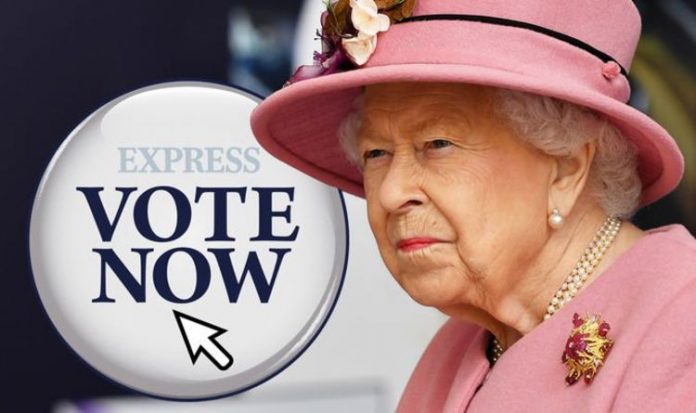 Yesterday the Queen left Windsor Castle to carry out a public engagement for the first time since March 19. Arriving in helicopter, the monarch visited Porton Down to meet staff who identified the nerve agent used in the poisoning of the Skripals in Salisbury two years ago as well as experts helping the NHS’ testing capacities.

But the excitement surrounding the monarch’s attempt to resume her royal work in a pre-COVID fashion was quickly overshadowed by a controversy surrounding the Queen’s choice not to wear a face covering.

Buckingham Palace quickly issued a statement to explain why the monarch wasn’t wearing a face mask during the engagement, carried out jointly with Prince William.

The Queen, the spokeswoman explained, had sought expert advice on whether to wear a face mask or not before visiting Porton Down.

She said: “Specific advice has been sought from the medical household and relevant parties, and all necessary precautions taken, working closely with the Defence Science and Technology Laboratory.”

Should Queen have worn a face covering to set an example during royal visit? (Image: GETTY)

The Queen didn’t wear a face covering during her royal visit (Image: GETTY)

The Queen was deemed safe even without the face covering as the engagement was carried out outside, where the risk of infection is lower than in enclosed spaces.

Moreover, all 48 people scheduled to come into close contact with the Queen and Prince William had been tested beforehand for COVID-19 and were negative.

During the engagement, every attendee, including grandmother and grandson, remained strictly two metres away from each other.

The Government guidelines on coronavirus demand Britons to wear face coverings in most places inside and whenever it isn’t possible to maintain a safe two-metre distance from others.

Yet, many people, including a few royal commentators, believed the Queen should have worn a face mask even if she wasn’t immediately at risk herself to be infected with COVID-19.

READ MORE: Queen told to use her own money to pay for Prince Philip’s funeral

The Queen stayed two metres away from others during the visit (Image: GETTY)

This move, they argued, would have set an example and highlighted the importance of face coverings at a time of high alert in the UK.

Royal author Omid Scobie wrote on Twitter: “While sensible and safe precautions were clearly made, I do worry that most people seeing the photos/videos won’t know the back story.

“As the majority of the UK enters tighter restrictions, seeing leaders in masks would have been a strong visual.”

Twitter user Bon Latino, replying to Mr Scobie’s tweet, said: “You are 100 percent correct. I found her actions to be shocking… at best.”

The Queen and Prince William signing the guest book at Porton Down (Image: GETTY)

GMB’s host Piers Morgan noted this visit took place as thousands of coronavirus cases are being detected every day and parts of the country are undergoing strict lockdown measures.

He said: “Why no masks or social distancing? Sorry, but this is not a smart move by the Royal Family as the virus rages and the country heads into another lockdown.”

The Queen was crowned in the summer of 1953 (Image: EXPRESS)

Other royal watchers, however, believe the Queen didn’t do anything wrong by choosing not to wear a face covering.

Royal commentator Joe Little, managing editor of Majesty magazine, said the Queen and William would inevitably be criticised, but medical advice would have been carefully followed.

He said: “The Queen and the Duke of Cambridge will inevitably be criticised for not wearing a face covering, but medical advice was sought while the royal visit was being planned and social distancing seemingly was maintained throughout.”

The Queen arriving at Porton Down (Image: GETTY)

Royal commentator Camilla Tominey joked about this row on Twitter, replying to the question “why didn’t the monarch wear a face mask”: “Because she didn’t want to? Because she’s the Queen?

“Because at 94 she probably doesn’t really give a ? Oh, and she’s outside!”

Replying to Mr Scobie’s take on face covering, Twitter user Glyn said: “Oh please Omid, she is at the highest authority for biological warfare anywhere on the planet.

“The staff are tested daily and on entry and frankly, if they can’t control a virus then we are all finished.

“COVID is probably the least dangerous thing there so put a different spin on it.”