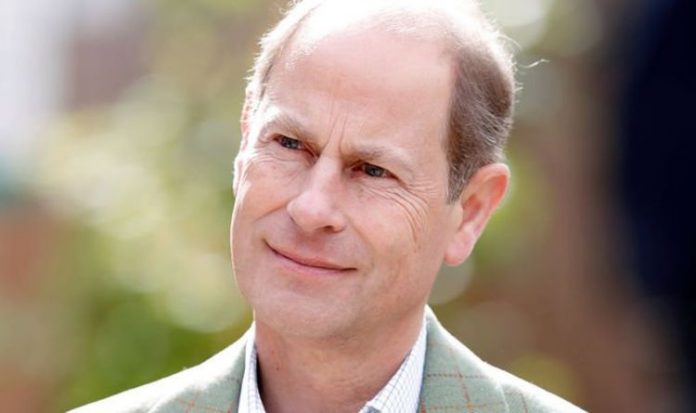 The Earl of Wessex, 56, spoke of the industry’s ability to help us “escape” from the outside world – a great benefit to everybody during the coronavirus pandemic. Edward said social distancing does not stop people listening to engaging radio as he introduced carols from the Choir of the Chapel Royal for Classic FM.

He hailed the “remarkable” innovation of musicians and expressed delight on behalf of the Chapel Royal choirs who have enjoyed a surge in popularity.

The Buckingham Palace Carol Concert for the Royal Staff was broadcasted after The Queen’s Speech on Christmas Eve.

And the Queen’s youngest son delivered a warm three-minute speech to camera.

He told viewers: “Wherever you may be, I wish you a most happy Christmas.

“One of the great advantages of radio is that social distancing means nothing.

“We can just listen and enjoy and it’s just as immediate and personal as at any other time.

“It’s for this reason that radio has played such an important part in so many people’s lives this year, in reaching into your home to bring comfort and companionship, through music or the spoken word, or drama.

“You don’t need me to tell you that it’s been an especially difficult year for the performing arts.

“The frustration has been that it is exactly at times like this that we depend on the entertainment industry, in the broader sense of the word, to help us escape, to experience that collective feeling of a live performance, to be moved emotionally.”

The concert was recorded without an audience this year due to the pandemic.

It includes a jolly snap of Edward and Sophie, 55, sitting on a straw bale with beaming smiles on their faces.

The photo was taken during a visit to Vauxhall City Farm, Lambeth in October.

The royals, like the rest of us, experienced a much quieter Christmas season in 2020.

Queen Elizabeth II, 94, and the Duke of Edinburgh, 99, spent it at Windsor Castle.

This signalled a break in tradition for the first time since 1987, as they usually travel to the Sandringham estate in Norfolk.

The Queen’s speech was her third of the year.

She spoke of the trials people have faced and encouraged hope, stating: “We need life to go on.

“For many, this time of year will be tinged with sadness: some mourning the loss of those dear to them, and others missing friends and family members distanced for safety, when all they’d really want for Christmas is a simple hug or a squeeze of the hand,” she told the nation.

“If you are among them, you are not alone, and let me assure you of my thoughts and prayers.”