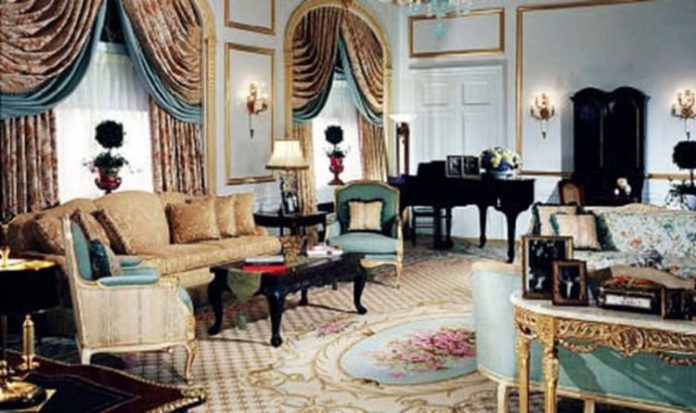 The Waldorf Astoria has moved them to a disused shopping mall at the intersection of two motorways south of Boston. After the abdication, the former Edward VIII and Wallis Simpson spent many autumns in the royal suite on the 42nd floor of the hotel between 1941 and 1960.

The Windsor Suite’s interiors are in an old H&M shop while Sir Winston Churchill’s favourite rooms have been set up in a former department store, and the apartment where Cole Porter lived is in an old Co-op clothing retailer.

The presidential suite, which hosted 17 US presidents from Herbert Hoover to Barack Obama, is now in a sporting goods shop.

The sale at Kaminski Auctions in Boston will help pay for renovations at a Manhattan church.