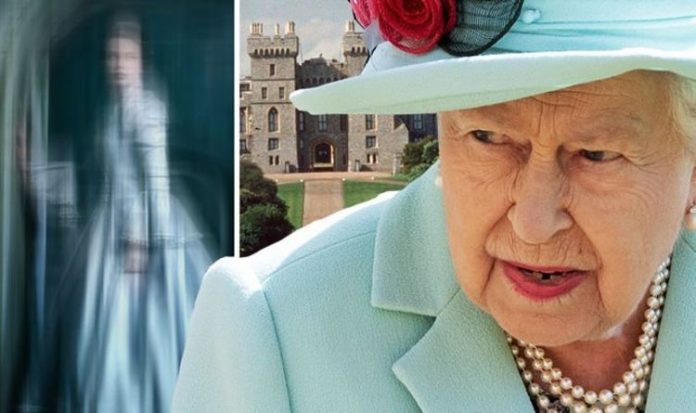 Windsor Castle is one of the Queen’s favourite residences, and is where the monarch and her husband Prince Philip spent the first coronavirus lockdown earlier in the year. But the royal residence isn’t only home to the royal couple, but some other otherworldly tenants, according to a haunted castle expert.

One of the Queen’s favourite royal residences is apparently rife with ghosts, according to haunted castle expert Richard Jones.

Some of the most famous monarchs still lay claim to their former home, including Elizabeth I, King George III, and Henry VIII.

Windsor Castle is the site of many of the ghost hauntings – with 1000 rooms for spirits to stalk.

According to Visit Britain, the former monarch Queen Elizabeth I is usually seen in the library of Windsor Castle.

The former Queen used the property as a second home from the capital much like the current monarch, and According to Visit Britain, she is usually seen in the library of the castle.

Visit Britain claims that “footsteps can be heard on the bare floorboards, before her striking presence appears.”

Windsor was one of Elizabeth I’s favourite residences and she spent more money on it than any of her other residences.

Before her, Henry VIII, one of the most notorious monarchs in history, is still said to be lurking around.

“Instinctively he gave the order “Eyes right,” and as they swung round each soldier saw the figure and watched as he returned their salute.”

Windsor Castle is the oldest and largest occupied castle in the world – having over 1000 rooms and having been home to nearly 40 monarchs.

It was founded by William the Conqueror in the 11th century, and since then has been secondary to Buckingham Palace as the key royal home.

Believing that their dynastic German name of Saxe-Coburg and Gotha was bad for British morale during the First World War, King George V decided to change the Royal Family’s official name to Windsor, after the castle.

On July 17, 1917, the Royal Family lineage changed from the House of Saxe-Coburg and Gotha to the House of Windsor.