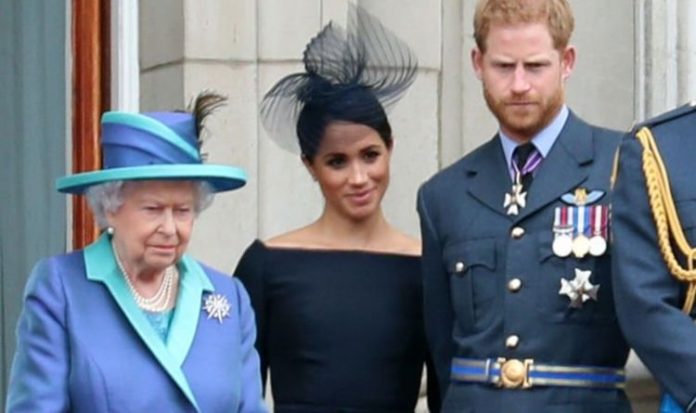 The Queen is currently serving as the matriarch of the modern Royal Family, with several generations stretching out ahead of her. Prince Charles is next, followed by princes William and George, with the Duke of Cambridge’s other children, Prince Harry and his son scattered beyond them. The Duke of Sussex has no current aspirations for the throne, however, and has relocated to North America with Meghan, Duchess of Sussex.

Some of the reasoning behind their decision to leave the UK may have related to the Queen’s lack of acknowledgement for her more distant heirs.

When the monarch made her 2019 Christmas speech, she included a nod to all of the incoming kings, with pictures of the Cambridge and Cornwall families.

But Prince Harry and the Duchess of Sussex made no appearance, despite the arrival of Archie Mountbatten Windsor the summer before.

In fact, according to one royal author, she had removed the picture, and then also failed to mention the Sussexes or baby Archie in the following speech.

The speech had an impact beyond the brand, however, as it allegedly contributed towards their final family decision.

Writing in their book about the Duke and Duchess of Sussex, they said the process had left them feeling “sidelined”.

They wrote: “Harry felt as though he and Meghan had long been sidelined by the institution and were not a fundamental part of its future.”