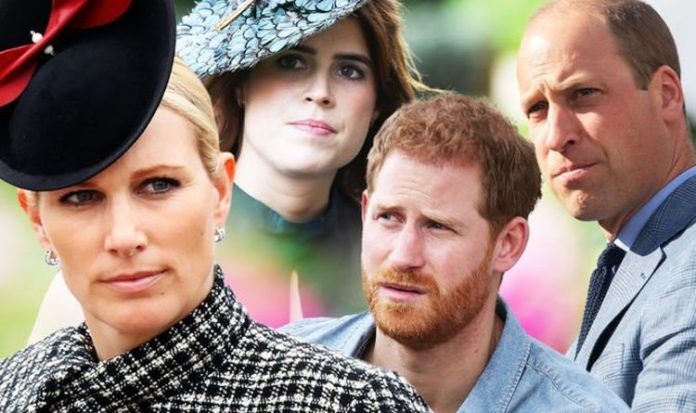 Zara Tindall, the granddaughter of Queen Elizabeth II, is a lesser-known member of the Royal Family. It is a result of her not having a title; her mother Princess Anne and father Mark Phillips deciding it better not to weigh her down with the baggage that comes with royalty. She has thus enjoyed, many have observed, a life of perfect balance: privilege and privacy.

Following in a long line of royal tradition, Zara has pursued a career in sport.

She has become a champion equestrian, performing and training since a young age in eventing, dressage, jumping and cross country.

Her hard work culminated in 2012 while competing at London’s Olympic Games.

It was here that Zara came away with a silver medal in the team event.

Presenting her with the award was her mother – a touching moment for the pair.

However, in an interview with 60 Minutes Australia a few months after the Games, Zara snubbed the Royal Family and its lack of presence at her performances.

She said: “Just to be at an Olympics was a dream come true for me.”

The interviewer asked: “Having your whole family there?”

Zara’s father was in attendance as well, although not to watch his daughter.

Mark was at the time the coach for the US equestrian team.

It was a point of which Zara was not impressed by.

Later on in the interview, she branded her father a “traitor” for the fact.

Equestrian has a history in the Royal Family.

Anne was also a champion competitor in the sport.

She won a gold medal at the European Eventing Championships 1971 games, and two silver medals in 1975.

Anne was the first royal to compete in the Olympic Games.

Other royals are keen sportspersons.

William and Harry are known to enjoy playing polo, with the pair normally competing against each other in at least one match every year.

He instead stayed put in California with Meghan Markle and Archie.

The coronavirus pandemic and subsequent lockdown hasn’t prevented Zara from competing, either.

Last month, she was spotted in a double breasted navy tailcoat as she completed a dressage test.

It came as she joined husband Mike Tindall in testing negative for COVID-19 after a virus scare in the family.

Both were keen to visit family, and so were quickly able to jet off to the Queen at Balmoral.