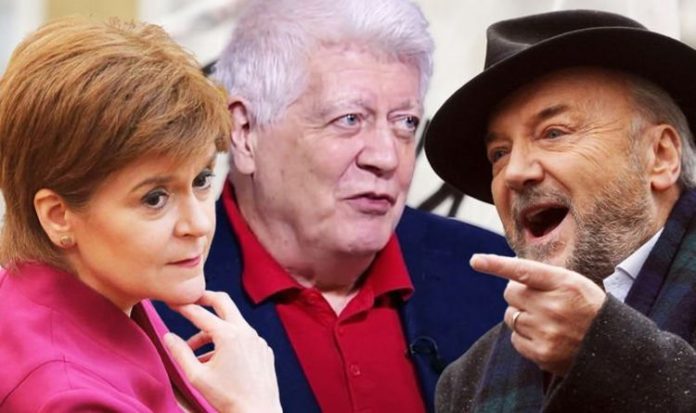 Scottish First Minister Nicola Sturgeon has said her government will propose the timescale and question for a second referendum on Scottish independence by next spring. Ms Sturgeon claimed challenges of the coronavirus pandemic will act as an accelerant rather than as a brake on the Scottish National Party (SNP)’s ambitions. She pledged that by next spring her government will publish a draft bill for an independence referendum, which will set out “clearly and unambiguously to the people of Scotland” both the question to be asked and the timing of the vote.

The question will be subject to appropriate testing by the Electoral Commission, and the timescale will be “within the next term of parliament”, which lasts until 2026, and also “taking account of the development of the COVID-19 pandemic at the time of publication”.

She added that at next May’s Holyrood elections – in which the SNP are already predicted to win a majority as support for independence continues to rise – her party will make the case for Scotland to become “an independent country, and seek a clear endorsement of Scotland’s right to choose our own future”.

In an exclusive interview with Express.co.uk, though, Ukip founder Alan Sked shed light on a new political campaign led by former Labour MP George Galloway, which could complicate things for Ms Sturgeon if it goes to plan.

Mr Galloway is heading up the Alliance for Unity, which will stand candidates across Scotland on the regional list in next May’s election on a platform opposing plans for another independence referendum and “separatism” from the rest of the UK.

Professor Sked, who has joined Mr Galloway in his crusade, said: “We are trying to get major parties to accept a strategy of having only one candidate in each constituency against the SNP.

“The SNP never got more than 50 percent of the votes in Scotland.

“Holyrood has a double electoral system: constituencies much like the British ones and then regions with regional lists, with members elected using proportional representation.

“The Alliance for Unity is saying that we should let the traditional parties agree among themselves who should be the single candidate in any constituency against SNP members.

“We are trying to pressure that.

“However, in the regional lists, we want the parties to make space for us.”

The emeritus Professor of International History at the London School of Economics (LSE) claimed that if the campaign succeeds and the SNP lose next year, the UK will then have a government of national unity in Scotland.

JUST IN: Donald Trump’s plan to assert control regardless of result exposed

He added: “I am the number one candidate in the Highlands and Islands list, standing against Douglas Ross, who is the Tory Party leader.

“He is in a curious position because he is already an MP but to be leader of the Conservative Party in Scotland you need to be in the Scottish Parliament.

“He won’t stand in a constituency but only in the regional list because it is much easier. I’ll be his opponent.”

Last month, Mr Galloway not only started Alliance for Unity but also launched a campaign for a vote of no confidence to be called in Ms Sturgeon and her SNP Government, with Change.org receiving more than 30,000 signatures.

He told Express.co.uk: “The SNP is in tatters, and now is the time for those of us who support the Union to make that pressure count.

“They are beginning to turn and it’s time to chase them off the field at the election in May.

“It is now time for Nicola Sturgeon to go. I started a petition for her resignation and it quickly gained tens of thousands of votes.”

Launching the campaign on Change.org, he wrote: “As #ResignSturgeon trends across social media, it has become clear that Nicola Sturgeon and her Government are utterly incapable of working for the best interests of the Scottish people and Scotland.

“In the interest of all Scots, it’s time for Nicola Sturgeon to do the right thing – resign, and allow a cross-party government of unity take over to see Scotland through this dark time – created after 13 years of SNP misrule.

“If you agree, then please sign this petition which we will deliver to Holyrood. Scotland deserves better than this haphazard, reckless and foolish SNP administration, which has literally failed lives in their pursuit of the Neverendum and Scottish separatism.

“We, the people of Scotland say enough is enough. We call upon Nicola Sturgeon to resign.”