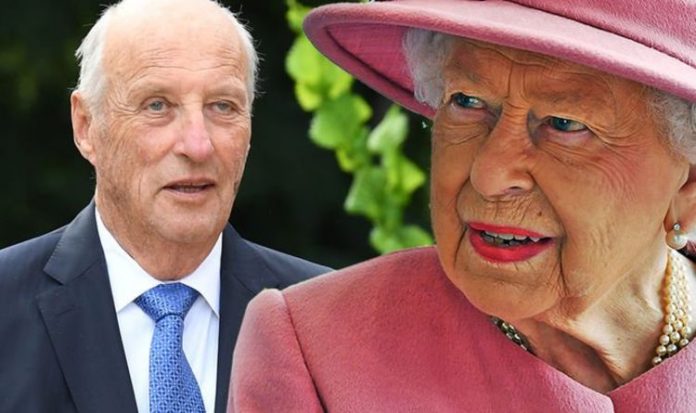 COVID-19’s autumn return now means the Queen has been forced to cancel many of her in-person engagements for the rest of the year. Events like Trooping the Colour and annual investiture ceremonies were all put to the chopping block this year to prevent spread of COVID-19.

Earlier this year, the Queen isolated with her husband Prince Philip at Windsor Castle with a dedicated roster of staff, dubbed HMS Bubble, on rotation to look after the couple.

She and Prince Philip both fall into the shielding category because of their age.

The Queen recently stepped out for a formal engagement with her grandson Prince William, and prior to that she performed a one-off investiture for Sir Captain Tom Moore in the summer.

But the Queen isn’t the only royal whose plans have been upended by coronavirus sweeping through Europe.

“We knew that the whole of Norway sang along from their homes.

“It was sung all over the country at the same time.

“It was not just us. This is the first time something like this has happened”.

In normal circumstances, celebrations for Constitution Day are huge, with crowds gathering for parties and parades.

More than 100,000 of Norway’s children would usually march past the royal palace in Oslo to greet King Harald V and the Royal Family who stand on the balcony of the palace.

Norwegians would dress in traditional costumes or in the national colours, which are red, white and blue.

The day is also an opportunity for men and women to show off their “bunad”, Norway’s traditional costumes.

However, due to coronavirus, 2020 has been the first year since World War II that the ceremonies did not take place.

King Harald has reigned since 1991, and its the 64th monarch of the Scandinavian country.