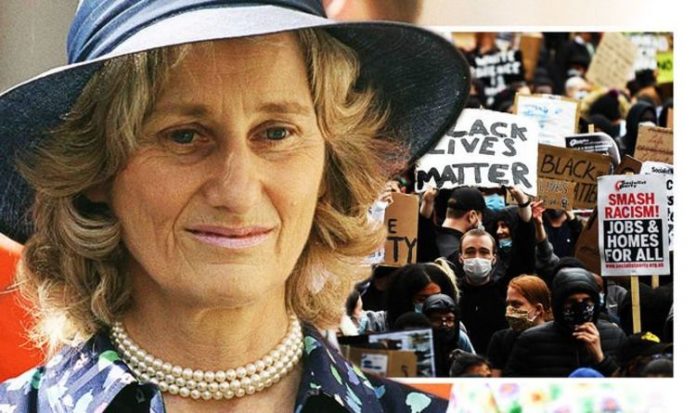 Lady Angela Oswald lives in Burghley House, a sixteenth-century English country manor in Lincolnshire. Her father Lord Burghley decided to turn down giving the house over to the National Trust and instead set up his own charitable trust to run the mansion. The daughter of Lord Burghley spoke to the Mail of Sunday and said: “Thank heavens Burghley didn’t fall into the hands of the National Trust.

“It sends shivers down the spine just thinking about it.

“Given the way things now are, my father would never in a million years consider giving it to them.

“He would be absolutely appalled.”

She added: “The National Trust has changed significantly over the years.

“We always used to have free speech in this country.

About the National Trust’s wish to encourage inquiry into the links between aristocratic estates and slavery, Lady Angela said: “The National Trust could investigate Burghley as much as they like.

“I am all for everybody finding out about what is genuine history.

“And if they found anything not very nice, well that’s part of history too, but what I don’t like is when they investigate with a fixed view, as with the slavery issue, and with the intention of discrediting people.

“They are destroying other people’s lives but not doing anything positive.

“Why don’t they use their energies to do something about that?

“Yet they don’t seem to care.”

It comes after the National Trust charity vowed to take action after it published a 115-page report, which assessed it’s 300 historic homes for links to slavery or colonialism.

It came following Black Lives Matter protests across the country earlier this year.

The National Trust has been contacted for a comment on the points raised in this article but have yet to reply.