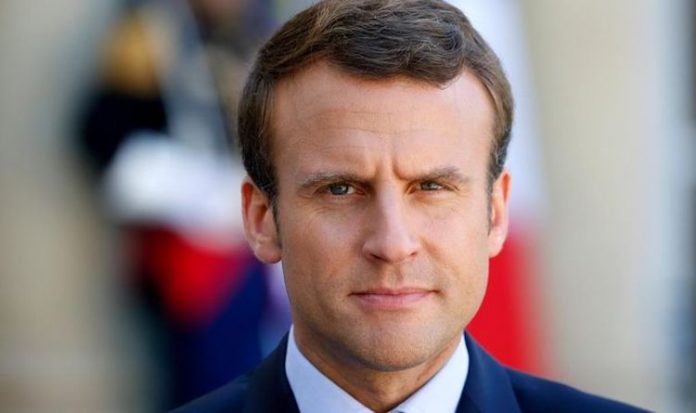 Music commentator Norman Lebrecht hit out at French President Emmanuel Macron as he argued for Rule, Britannia! to be played on the Last Night of the Proms. He explained that France’s national anthem included controversial lyrics. But founder and CEO of Pimlico Opera and Grange Park Opera Wasfi Kani argued that Rule, Britannia! is not a unifying song for an international music festival.

Speaking to BBC Radio 4’s Today programme, Mr Lebrecht said: “It’s the prelude to what follows, it’s the end of the summer and it raises people’s spirits and it brings us together.

“The idea we should stop it because of one word in the song is beyond absurd.

“For heaven’s sake when the French president comes here we play La Marseillaise which says ‘let all alien blood be expunged from the soul’.

“The day that we replace La Marseillaise with Frère Jacques when Monsieur Macron comes to Downing Street we can consider replacing Rule Britannia.”

Wasfi Kani added: “I didn’t like your Frère Jacques line very much but give me the unifying line again, the idea that this is unifying.

“The Proms, the biggest music festival in the world, it is meant to celebrate music worldwide.

“It’s meant to bring lots of people together through classical music.

Conductor Dalia Stasevska, from Finland, has hinted they could be dropping the tune, suggesting a “ceremony without an audience is the perfect moment to bring change”.

Brexit Party leader Nigel Farage then hit out at the conductor on Twitter.

He wrote: “So the BBC may drop Rule, Britannia! and Land of Hope and Glory from The Proms because the Finnish conductor is too woke.

“Why not drop her instead?”

Rule, Britannia! is based on a poem by James Thomson and was set to music by Thomas Arne in 1740.

Land of Hope and Glory, with lyrics by AC Benson, features music by Edward Elgar.