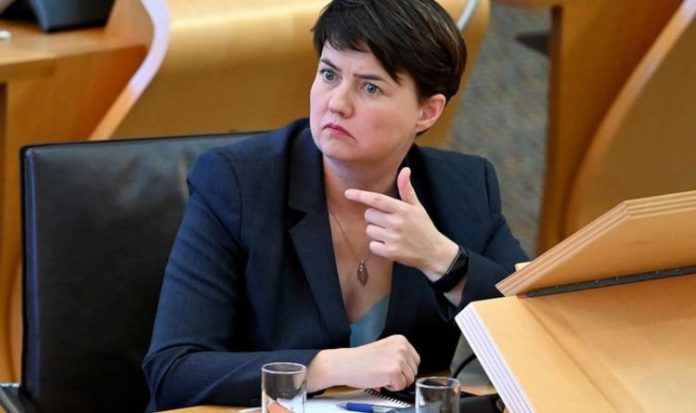 The MP travelled to London on Monday – when she should have been self-isolating after displaying symptoms for the virus over the weekend and taking a test.

The SNP politician received a positive test result on Monday evening – after speaking in the House of Commons the same day.

On Tuesday, Ms Ferrier breached the rules a second time by travelling home via public transport, without seeking any advice.

Ms Ferrier has since apologised and said she has contacted the police about her actions.

The MP has also been suspended by SNP leader in Westminster Ian Blackford.

While giving a speech in the Commons on Monday, Ms Ferrier – knowing she was awaiting test results – paid tribute to “all NHS key workers and volunteers” in her constituency.

Understandably, the news sparked outrage among her own party, opposition parties and the public.

She tweeted: “This is utterly indefensible.

“It’s hard to express just how angry I feel on behalf of people across the country making hard sacrifices every day to help beat COVID.

“The rules apply to everyone and they’re in place to keep people safe.

“@Ianblackford_MP is right to suspend the whip.”

Many people, including the Scottish First Minister, have called on Ms Ferrier to resign from her position but so far she has just been suspended.

Police Scotland spokeswoman said they are aware of the circumstances and are liaising with colleagues at the Metropolitan Police.

At the time, Ms Ferrier demanded Mr Cummings be removed from his position with immediate effect.

She said: “Dominic Cummings’ actions have undermined the sacrifices that we have all been making in lockdown to protect each other from coronavirus.

“His position is untenable and he must be removed from his post now.

“The fact that Boris Johnson and senior Tories have backed Dominic Cummings, in the face of widespread and understandable public anger, demonstrates a total failure of leadership at a time of national crisis.”