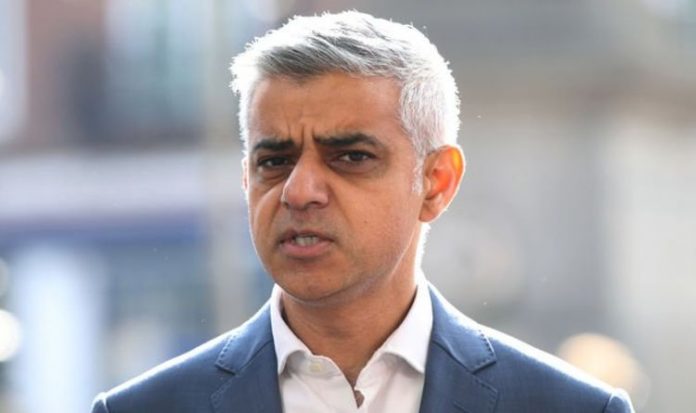 A Conservative London Assembly member has lashed out at the mayor over his lack of progress on the housing crisis across the capital. Less than a third of homes Mr Khan started building in his first term have been completed, figures revealed.

But due to the outbreak of coronavirus, the Mayor of London has received an extra year to finish the goal.

A spokesperson for Mr Khan has claimed he is still on track to meet the target – despite demanding more funding from the Government during the pandemic.

However, Tory assembly member has attacked the mayor claiming he has only delivered his minimum target of housing starts.

Around 57,000 homes had started construction but just 16,7000 have been completed across the capital.

London Assembly Member Andrew Boff said: “The mayor needs to change approach and treat housebuilding as a sprint, not a marathon.

“The more homes he starts now, the sooner they will be completed and ready for Londoners to move in.

“By scrapping his no net loss policy of Strategic Industrial Land, which in effect is stopping housebuilding on large swathes of brownfield land, Khan could speed up housebuilding.”

A spokesperson for the Mayor of London hit back at claims from Mr Boff saying they have a “fundamental misunderstanding” of how the programme is run.

They said: “The current programme is based on a funding settlement to start to build 116,000 affordable homes by 2023 and the Mayor remains on course to do this.

“Indeed last year, he broke his own record with more than 17,000 affordable homes tarted on London sites in 2019/20 – this exceeded the target agreed with government and is the most since City Hall’s records began in 2003.

READ  The Secretary of State has appointed Mark Beard as the DCMS lay nominee to the Church Commissioners for England’s Mission, Pastoral & Church Property Committee.

“Annual housebuilding targets are agreed with ministers each year and the Mayor is confident of meeting these once again despite the massive uncertainty caused by the pandemic and Brexit.”

Earlier this month, Mr Khan demanded more than £29billion from the Government during its spending review over the next 18 months.

This staggering sum would include £20.5billion to build affordable homes and £5.65billion for Transport for London (TfL).

Chancellor Rishi Sunak’s spending review will look at capital projects the Government plans to invest in, with much of the funding expected to be concentrated in more deprived areas of the country such as the north and the Midlands.

However, Mr Khan claimed London will “power the UK’s economic recovery” through the coronavirus pandemic.

He also urged the Government to prioritise the capital in the spending review.

Mr Khan said: “With London accounting for a quarter of the UK’s economic output, the Government’s approach of starving the capital of investment will do nothing more than hamper the UK’s economic recovery from COVID as a whole.

Mr Khan’s plans included a funding settlement for TfL of at least £5.65billion over an 18 month period, with £750million of this planned for Crossrail.

This came after the transport body was given a bailout of £1.6billion from the Government earlier this year.