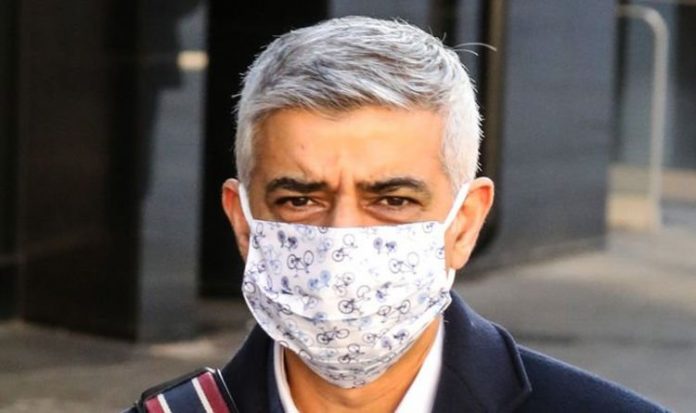 The mayor announced the new commission after London, and the wider world, was rocked by massive Black Lives Matter protests last summer. But the move has sparked calls for the London mayor’s resignation, with former Brexit Party MEP and chairman of media channel Unlocked, Ben Habib saying: “London needs a mayor that will stand up for London and its people. Sadiq Khan has failed in all his duties. He spends his time attacking the heritage and culture of our great city. Eject Sadiq.”

Mr Bailey, who hopes to replace Mr Khan himself, was equally scathing.

He commented: “Putting some of London’s most important pieces of history into the hands of 15 activists, the majority of whom aren’t historians, is a bad decision.

“Mr Khan says he wants to heal divisions and promote inclusivity, but I don’t see how his commission will do either.”

Those appointed include Toyin Agbetu, an activist who in 2007 interrupted a Westminster Abbey service being held to mark the 200th anniversary of the Abolition of the Slave Trade Act.

Shaun Bailey is the Conservative candidate to be next Mayor of London (Image: GETTY)

Making it to within meters of the Queen he shouted: “You should be ashamed. We should not be here.

“This is an insult to us. I want all the Christians who are Africans to walk out of here with me!”

The 15 strong panel also includes Star Wars actor Riz Ahmed and Lynette Nabbosa, an activist who claimed it was “the UK’s racism that birthed slavery and colonialism”.

It was created to investigate statues from a “bygone age” but will not have the power to remove them.

“We should celebrate how far we’ve come” (Image: GETTY)

Instead the commission will introduce “best practice” guidelines designed to “enrich and add to the current public realm”.

The poll was originally intended to happen last year but was postponed due to the coronavirus pandemic.

Writing in the Daily Telegraph Mr Bailey warned against efforts to remove statues without public consent.

Shaun Bailey urged Sadiq Khan to focus on the Covid crisis rather than statues (Image: GETTY)

He wrote: “I’m not comfortable with the idea that an unelected commission should be allowed to recommend which parts of our history we’re allowed to see.

“But I’m also not comfortable with the idea that historical figures can be judged so definitively.

“So instead of hiding our complicated past, we should celebrate how far we’ve come. That’s how we can heal divisions and promote inclusivity.”

Black Lives Matter protests erupted across the world after George Floyd, a black man, was killed during an interaction with police in Minneapolis.

The Government resisted calls to remove a statue of Churchill from Parliament Square (Image: EXPRESS )

The movement focused on statues deemed racist or imperialistic, with a number being pulled down by crowds across the United States.

In Britain, a statue of Edward Colston, a former trade slaver and merchant, was pulled down in Bristol and thrown into the city’s dock.

Mr Bailey argued statues that could have “passed their sell-up date” should only be removed following local referendums.

He noted: “True, some of our statues are legacies from a different era.

Protesters in Bristol dumbed a statue of Edward Colston into the harbour (Image: GETTY)

“But what about Gandhi, who led to independence while defending the racist caste system?

“What about Millicent Fawcett, who fought for women to get the vote but once argued that concentration camps were necessary in war?

“If we make history nothing more than a game of moral judgements based on the standards we hold today, which of our great but flawed heroes would survive?”

Currently Mr Khan is favourite to retain the London mayoralty in May’s election.