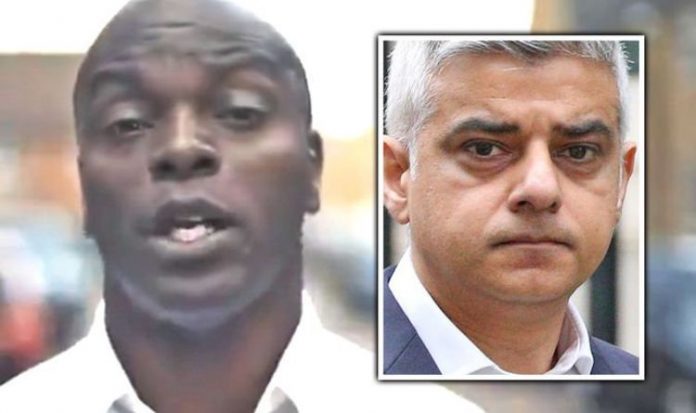 Shaun Bailey took aim at Sadiq Khan over his inability to deal with pressing issues in London. In a video posted to his Twitter page, the Conservative politician, running for Mr Khan’s job, argued the people of London needed fewer politicians making excuses and deserved those that get results. He also noted statistics showing a concerning trend in London regarding knife crime, burglary and homicides.

“Burglary is up 31 percent and we’ve had an eleven-year high in homicides.

“Transport is worse and somehow more expensive and Londoners are being forced out of London because they cannot afford a home.”

Mr Bailey then directly addressed Mr Khan and how he has responded to these complaints.

“We need our leaders to take responsibility and act, now.

Mr Bailey has repeatedly made digs at Mr Khan for his record as mayor, most recently in an article in the Daily Telegraph.

Mr Bailey said: “Londoners are starting to wonder whether he is the person they thought he was.

“Because after four years of his leadership, they struggle to name even one of his achievements.

“Yes, the last few months were difficult, but Sadiq Khan has been Mayor for 48 months.

“And even with an increased PR budget, he can’t seem to communicate his successes.”