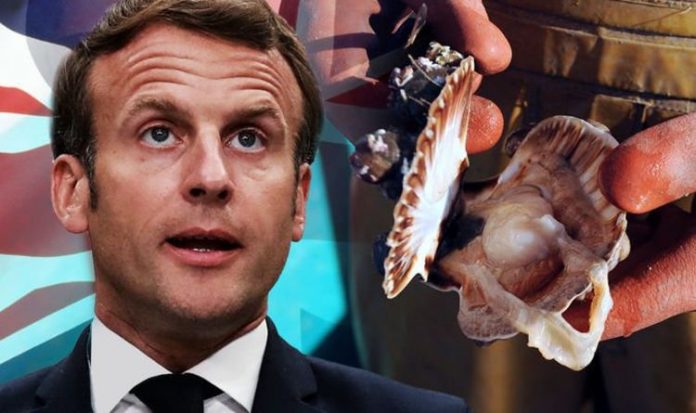 Fisheries biologist and lecturer at the University of York, Bryce Stewart warned of growing tensions between the UK and EU member states over fishing. While speaking to CGTN, Mr Stewart claimed the UK could clash with French fishermen at the end of the Brexit transition period if an agreement is not reached. He and other experts have predicted a new wave of “scallop wars” or “cod wars” over the fish in British waters in the near future.

Mr Stewart said: “It is not impossible, we have seen some nasty scenes in the past.

“Some people may remember the scallop wars a few years ago.

“This was where British and French fishing boats were clashing over different boats fishing under different rules in the English Channel.

“There were a few boats rammed into each other, there were some interesting insults exchanged, some rocks and things like that.

READ  Can I travel to Wales from England? | UK | News (Reports)

“We certainly don’t want to see that, that is the last thing that should be happening at sea.”

There has been a growing fear the UK and EU’s inability to come to a fishing agreement in the Brexit trade talks will result in clashes at sea.

Political expert and professor Liam Campling also warned of the return of previous skirmishes like the cod wars.

While speaking to Talk Europe, Professor Campling claimed a fishing deal needed to be agreed to help prevent clashes.

Professor Campling also highlighted how both sides would justify skirmishes over fishing rights.

He said: “If the Europeans and the British can’t reach some kind of agreement on this then French fishermen will just go and fish anyway.

“They will claim long-term historic access rights which they have, the same as the Danish.

“The same way the British will claim this is our sovereign right under the law of the sea.”