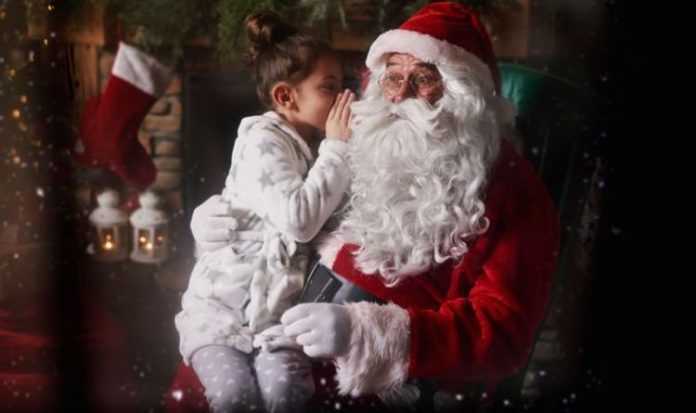 Downing Street said it did not want to ruin the magic for youngsters making their annual trip to see santa. The ruling is part of the Christmas guidance issued by the government that sets out what traditional activities will be allowed after lockdown ends tomorrow. School nativity plays will be allowed to go ahead “within existing school bubbles” but audiences will only be able to attend in tiers one and two. Grottos are allowed in all alert levels but they must be covid secure.

The Prime Minister’s official spokesman said: “We know that meeting Father Christmas is a magical experience for children which is why he will be taking safety precautions including ensuring that he is operating in a Covid-secure way, but it won’t be required for Santa to wear a mask.

“It won’t be permitted for children to sit on his knee as part of the guidance.”

Carol singers can go door to door, but only in groups of up to six and while keeping at least two metres away from the “threshold of any dwellings”.

Singers must also keep two metres apart from vocalists they do not live with.

It comes after former Cabinet ministers Esther McVey, Andrea Leadsom and Cheryl Gillan wrote to ministers urging them to allow carol singing to go ahead to raise money for charity and “bring joy” to the nation.