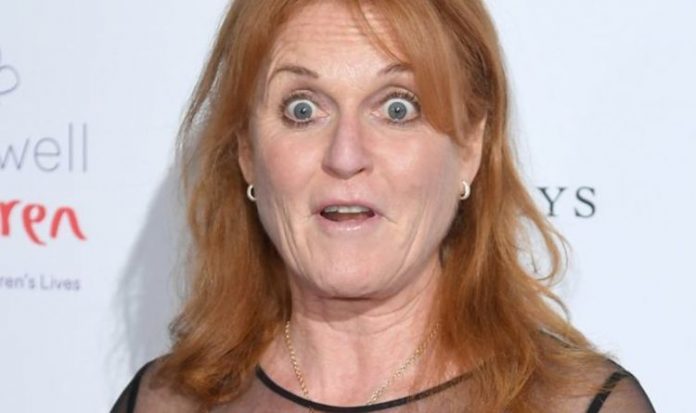 Sarah Ferguson committed a “complete no-no” on her royal tour of the US with Prince Andrew. Despite having the Queen’s support, the Duchess of York seemed to be losing allies within the royal circle. Royal commentators spoke about how the British press, who had once welcomed her with open arms, began to criticise her behaviour on Channel 5 documentary, ‘When Fergie Met The Monarchy’.

Biographer Ingrid Seward told viewers: “When Fergie and Andrew first went to America, they were in Los Angeles.

“I was there, I was part of the press crew there.

“I just remember that they were at this very big conference.

“Andrew was giving a speech and then Fergie got up and gave a little speech.”

“The wives of royals wouldn’t normally do, it’s breaking with protocol, but she insisted.

In footage of the event, the Duchess is heckled by a man shouting “we love you”.

Fergie appears surprised and shoots back: “I’ll see you later.”

“Fergie was not enjoying the same flattering headlines that she’d had in the early years of the marriage.

“Her father was the only one who stood up for her.

“It was one of the things that upset her at the time.

“The monarchy, the institution, were not defending her from, what she considered to be, unfair attacks in the press.”