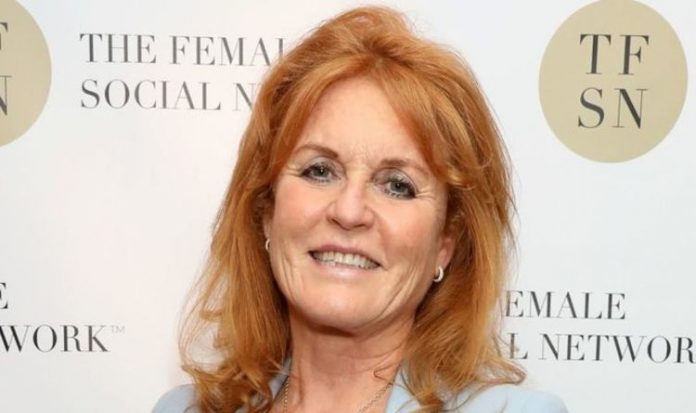 Fergie, 61, reached one million views on her YouTube channel which she has cleverly used to entertain and teach fun facts to children during the coronavirus pandemic. The Duchess of York regularly posts colourful videos of herself reading children’s stories and making sweet treats in the kitchen.

Princess Beatrice, 32, and Princes Eugenie, 30, have also made guest appearances on their mum’s platform to read their favourite childhood tales to eager fans.

Fergie launched the channel last year during the first Covid lockdown when parents were first faced with the task of homeschooling their children.

Prince Andrew’s ex-wife enlisted the help of her celebrity friends to bring joy to children.

One notable name who joined Fergie on YouTube was Tessy De Nassau, a former member of the Grand Ducal Family of Luxembourg as the ex-wife of Prince Louis of Luxembourg.

In recent weeks Fergie has spoken of her excitement about becoming a grandmother.

The former royal wife revealed one of the things she is most looking forward to is playtime with her grandchild.

She told Closer magazine: “I am very excited.

“The news has brought the most wonderful sense of joy to me.”

And it seems Fergie will not be short on inspiration on ways to entertain the latest addition to the York family.

She has on her YouTube channel shown a flair for turning the mundane into interesting.

She dedicated one of her videos to encouraging her young viewers to eat more healthy.

To coincide with Halloween, the mother-of-two made a colourful “Mr Skeleton Man” out of vegetables.

Eugenie and her husband Jack Brooksbank announced they were expecting their first baby last year.

They did not reveal the due date of the tot.

Their announcement on Instagram came at the end of September, suggesting the expectant mum was at least three months along at that stage.

Therefore, the baby is likely to be due around the end of March at the very latest.

Eugenie and Jack tied the knot at St George’s Chapel in Windsor Castle in October 2018.