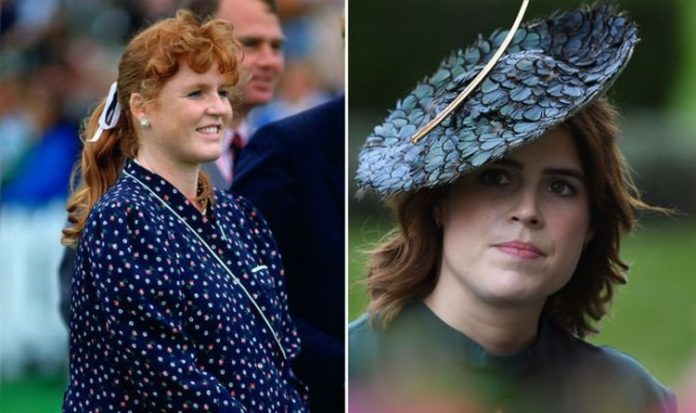 Eugenie and her husband Jack Brooksbank delighted royal fans when they announced they were expecting their first child to arrive in early 2021 this morning. The couple married in October 2018 and royal watchers have been eagerly awaiting confirmation that the Queen was to have another great-grandchild ever since. Eugenie has had to fight off many claims that she was expecting during her first two years of married life, but she finally took to Instagram today to share the good news with her 1.2 million followers.

She is tenth in line to the throne, and technically a “blood princess”, having been born a royal.

She is also Prince Andrew and Sarah Ferguson’s youngest daughter.

When she was born in 1990, the couple decided to upend tradition and give her a public christening during a regular Sunday church service.

Therefore Eugenie may be more willing to buck tradition with her child’s christening.

The religious occasion is always of particular importance to the Firm because of the link between the monarchy and the Church of England.

Royals are traditionally christened in the lace gown which has been in the family since the Victorian era, too.

Eugenie herself was christened in the one which was first made in 1841.

It had to be hand-washed in spring water and stored in a dark room to preserve it, according to royal protocol.

However, the Queen decided the gown was falling apart and needed to be replicated after 2004, after Lady Louise Windsor wore it.

Christenings are still seen as a large event for the Royal Family, as it is the first time the public can really catch a glimpse of the newborn.

Royal mothers usually pose for a photograph after the birth of their child on the hospital steps, but Meghan Markle bucked this trend in 2019 and chose to do a photocall several days later.

Eugenie could follow in this new trend when her child is born, in early 2021.