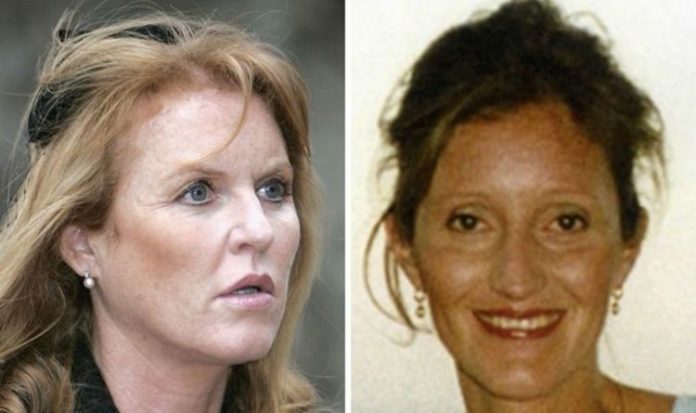 Sarah Ferguson says royal life is ‘not a fairytale’ in 1996

Sarah, the mother of Princess’ Beatrice and Eugenie, and ex-wife of Prince Andrew, was guarded around the clock after her ex-dresser escaped from prison in 2009. Jane Andrews, who worked for Sarah between 1988 and 1997, had been arrested and charged with the murder of her boyfriend, Thomas Cressman, in 2001. Fourteen years into her life term, in 2015, Ms Andrews was released following a judgement from a three-member Parole Board.

Her story has resurfaced ahead of ITV’s new documentary, ‘Fergie’s Killer Dresser: The Jane Andrews Story’.

The new programme explores Ms Andrews’ case, and how she was soon branded the “Fatal Attraction Killer” after the film of the same name.

According to the Daily Telegraph, while in prison, Ms Andrews “constantly worried about her parents”.

By 2009, this culminated in her escaping East Sutton Park open prison in Kent to see them.

At the time, a spokesperson for the prison service said staff first discovered she was missing when they took the evening roll call at 8pm.

Sarah Ferguson: The Duchess’ former employee escaped from prison in 2009, much to her ‘terror’ (Image: GETTY/ITV)

The Guardian reported that Ms Andrews’ friend, Lucinda Sharp, said she was “absolutely astonished, staggered and stunned” that she would make an escape so close to her potential release date which was at that time scheduled for 2012.

The Telegraph reported that: “During her four days on the run, headlines suggested that the Duchess of York was in a state of ‘terror’.”

This was true of a 2009 Daily Mirror leader, that read: “Sarah Ferguson terror as killer aide Jane Andrews goes on run.”

It said armed police had piled in to guard the Duchess, adding: “Andrews, 40, is said to have never forgiven Fergie for sacking her when she was forced to cut back on staff.”

After leaving college with a fashion degree, a 22-year-old Ms Andrews answered an advert for a job as a personal assistant to a working mother.

Murder: Andrews pictured after losing the right to appeal against her murder conviction in 2003 (Image: PA)

When Ms Andrews was invited for an interview, the busy mother turned out to be Sarah, affectionately known as Fergie.

A Crime and Investigation Channel documentary said: “Jane had exactly the qualities the Duchess was looking for.”

She worked for Fergie for nearly 10 years, the job bringing with it a high status and a new circle of friends.

In 1998, she was introduced to the former stockbroker Mr Cressman, who ran a business selling car accessories and mixed in similar social circles.

Shortly into their relationship, Ms Andrews moved in with Mr Cressman after she lost her job with Sarah.

The Duchess was forced to make drastic cuts to her spending to pay off an overdraft running to several millions pounds.

In 2000, Ms Andrews and Mr Cressman went on holiday to Italy, and then to his family’s villa on the French Riviera.

According to reports, Ms Andrews was expecting Mr Cressman to propose to her – yet he told her he had no such plans.

After they arrived home in London, Mr Cressman’s mother told the documentary that she had not heard from her son for a couple of days, and immediately “knew something awful was wrong”.

The pair got into a heated argument, with Mr Cressman having called the police, saying “somebody is going to get hurt”.

The police did not visit his apartment.

Ms Cressman then went missing for a number of days, until she was found by police in her car in Cornwall having attempted to overdose.

She was later interrogated and arrested.

A BBC court report on the day of her trial and jailing said: “Jane Andrews, 34, denies murdering businessman Thomas Cressman, 39, at their home in Fulham, West London, in September last year.

“But Bruce Houlder QC, for the prosecution, told the Old Bailey jury she hit him on the head with a cricket bat and then stabbed him with a kitchen knife after he refused to marry her.”

Despite Ms Andrews’ claims of domestic abuse, it took a jury just 12 hours to convict her of Mr Cressman’s murder.

She was sentenced to a minimum of 12 years of a life sentence.