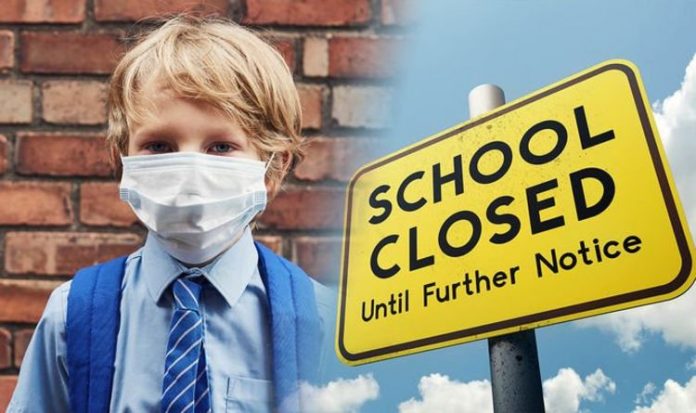 Schools have adapted to reduce the spread of coronavirus as pupils return for the autumn term this month. However, in the past week, several schools have reported new positive test results for pupils and staff, with some schools closing as a result.

Samuel Ward Academy, in Haverhill in Suffolk, was forced to close on Monday after it was confirmed that five members of the teaching staff had tested positive for coronavirus.

The school in Suffolk will be closed to enable a deep clean to be conducted.

Headteacher Andy Hunter is due to devise a plan of action and determine what contact may have taken place between members of staff who tested positive with pupils and the wider school environment.

Ir is hoped it will reopen on Tuesday.

READ MORE: Prince George and Princess Charlotte head back to school this week

The JCB Academy in Rocester was the first school to shut down this academic year after a single case of the virus.

The school in Staffordshire welcomed pupils back at the end of August and told students to remain at home on Friday after advice from public health officials.

The academy’s principal said the school was closed “as a precaution” after one student tested positive for COVID-19.

The school reopened today (Monday, September 7) for all but 100 pupils who have been asked to self-isolate for two weeks.

In some cases, a larger number of pupils, such as a year group, may have to self-isolate at home as a precaution.

The Government has said closing a school “not generally be necessary”.

However, where it is necessary, pupils who cannot come into school should follow schools home-working plan.

In a video Q&A with parents, the PM confirmed that other public places such as pubs and restaurants would be closed first, with schools shut down as a last resort.

Mr Johnson said: “We’re hoping very much that even if there are local lockdowns, which I’m afraid there almost certainly will be because we are expecting more local spikes, schools should be the very last bit of society that we want to close down again.”

He added: “The evidence is overwhelming that it’s in the interests of the wellbeing and the health of children and young people to be back in school rather than missing out any more.

“So it’s the healthy, safe thing to do.”

She said: “There’s a lot of evidence accumulating now that transmission in schools is low: it can happen but it’s not frequent.

“It’s a safe place for them to be. It’s a very controlled environment.”

The recent school closures came as a major PHE report found that turning up to primary or pre-school presents no greater risk to children or staff than staying at home.

However, a recent poll from the National Association of Headteachers found 20 percent of schools leaders said a pupil did not attend school on the first day of term because parents were too afraid of the virus.

Express.co.uk has contacted the Department of Education for comment.