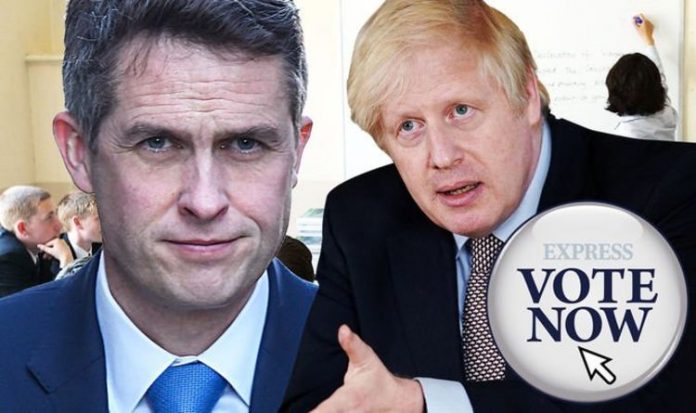 Schools across England are due to reopen their doors in September after they were shut down in March to fight the coronavirus pandemic. Prime Minister Boris Johnson has said it is “crucial” headteachers are “ready for a full return to school in September” as it is part of the UK’s plan for economic recovery as the nation battles against the COVD-19 pandemic.

It comes as Education Secretary Gavin Williamson remains under intense pressure to resign after he was forced to abandon the algorithm-based system for awarding A-level and GCSE grades in England.

But the U-turn came too late for thousands of A-level students who have already made choices about universities based on the grades they were initially awarded, rather than the new system of using teachers’ assessments.

Express.co.uk is asking you in light of this controversy, do you trust Number 10 to reopen schools safely?

This week the UK Government launched its #backtoschoolsafely campaign to reassure parents and pupils that schools and colleges are ready ahead of the full return of pupils at the start of term.

Mr Williamson said the risks of not returning are “too high to ignore” as he acknowledged that children will need “lots of support when they return” and pointed to the £1billion “Covid catch-up fund”.

He told the Sunday Express “two hours of tutoring per week for twelve weeks can result in five months of academic catch up”.

But concerns have been raised over the UK Government’s lack of planning and guidance for pupils to return after Mr Johnson said it was a “moral duty” to get children back into school.

A recent Office for National Statistics poll found although people expect children to school in September they do have strong concerns, with more than two-thirds (64 percent) saying they were very or “somewhat worried”.

The top concern (64 percent) is that young people could catch COVID-19. The second biggest worry (47 percent) is about “how prepared their school or college will be for keeping pupils safe”.

“Given the possibility a full return doesn’t work, it’s a very fragile response from the government. The worst thing you can do is reopen schools and then have to close them all.”

The warnings come just days after Professor Chris Whitty suggested pubs could be forced to close to allow schools to reopen safely.

This all comes while Mr Williamson faces calls to resign over his handling of A-level and GCSE grades in England.

The Government announced a U-turn on Monday when it said students would be able to receive grades based on their teachers’ estimates following anger over the downgrading of thousands of A-level grades.

Speaking on BBC Breakfast, Mr Williamson said: “What we’re doing is we’re focusing on delivering the grades for those children.

“We’re making sure that we’re going to make sure that all schools are returned and I’m absolutely determined over the coming year that I’m going to be delivering the world’s best education system.” 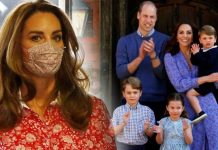 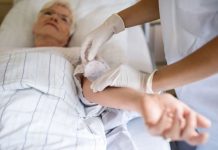