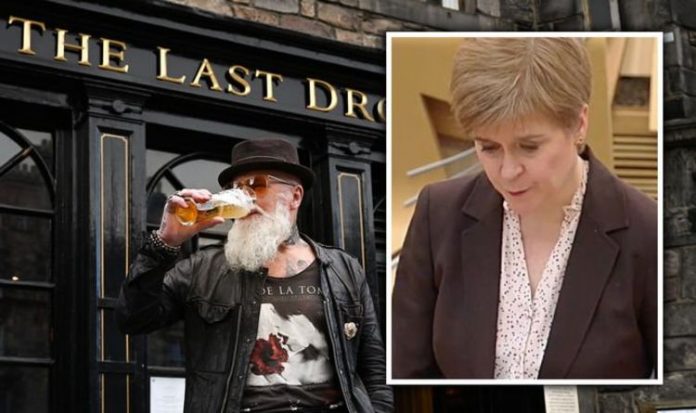 Scotland’s First Minister Nicola Sturgeon has announced tougher lockdown measures are being introduced, to curb the spread of COVID-19. Ms Sturgeon said that indoor hospitality venues in Scotland will only be allowed to operate between 6am and 6pm daily, selling food and non-alcoholic drinks only.

Outdoor bars, restaurants and cafes will be allowed to remain open up until 10pm, and these venues will also be allowed to sell alcohol up to that time.

Ms Sturgeon added cafes without a licence to sell alcohol will be allowed to open until 6pm, to counter social isolation.

However in some areas where COVID-19 cases are very high, licensed premises will be expected to close entirely for a short period.

These harsher restrictions will be implemented in a number of areas across Scotland’s central belt.

“We know that more than one fifth of people contacted by test and trace, report having visited a hospitality setting.”

She added: “All of these reasons, significantly restricting licensed premises for 16 days temporarily removes one of the key opportunities the virus has to jump from household to household.

“It is an essential part of our efforts to get the R number significantly below 1.”

According to Public Health Scotland’s interactive dashboard, Glasgow City has recorded 1,425 cases of COVID-19 over the last seven days.

These local authority areas in Scotland’s central belt are marked as red, suggesting the seven day positive rate per 100,000 of the population is more than 100 in these areas.

This is a breaking story, refresh for updates.