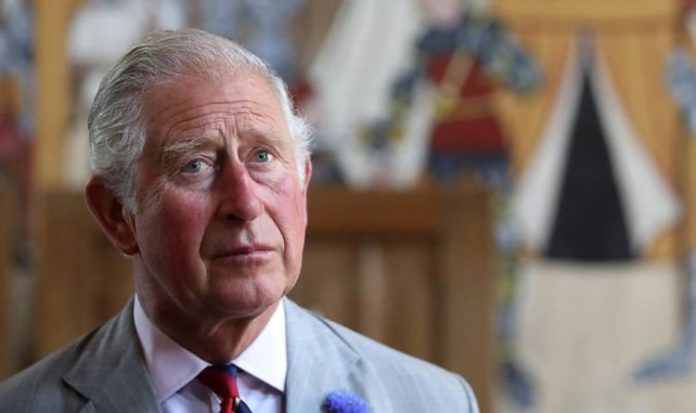 Prince Charles joked about “living dangerously” after he publicly to his infidelity on on TV while married to Princess Diana, and spoke with love about Camilla after their much-awaited wedding in 2005, unearthed letters show. Parts of the Prince of Wales’ private correspondence to a beloved royal maid have come to light after her heirs found dozens of letters, notes and thank you cards she treasured after her retirement.

Marjorie Dawson served as the personal dresser and royal maid to Princess Alexandra, the Queen’s cousin, for 36 years.

During these decades at the service of one of the Queen’s closest confidants, Ms Dawson became close with several senior royals – including the monarch’s two eldest children, with whom she exchanged letters and notes.

Ms Dawson retired in 1990, but her connections with the royals remained strong as she continued to write and receive letters from Prince Charles for years.

In a letter dated 1994 and written after his famous interview with journalist Jonathan Dimbleby, Prince Charles thanked Ms Dawson for watching the programme.

Prince Charles’s letters to a beloved royal aide are to be sold at auction (Image: GETTY)

Speaking to her with a notable lack of formality, Prince Charles said: “Dear Marjorie, I was enormously grateful for your very kind letter following that television programme the other day.

“I suspect it was what is called ‘living dangerously’, but it seems difficult to avoid nowadays!

“Anyway, I’m glad you enjoyed it and managed to remain fully awake for two and a half hours.”

During the lengthy television documentary, Prince Charles was asked by Mr Dimbleby whether he had tried to remain “faithful and honourable” to Diana, from whom he had split two years earlier.

After answering “yes, absolutely”, Prince Charles was prompted to say whether he managed to be faithful, to which the royal replied: “Yes… until it became irretrievably broken down, us both having tried.”

Prince Charles had previously mentioned his relationship with Diana in a letter to Ms Dawson, albeit in regards to a more cheerful occasion – his first wedding.

Writing to the royal maid, who had been invited to the wedding in 1981, ahead of the nuptials, Prince Charles joked about the length of the ceremony.

Prince Charles confessed on TV he was in a relationship while married to Diana (Image: GETTY)

He said: “I am so touched that there was such a nice reaction to your wedding invitation.

“I couldn’t be more delighted that it has given so many people such pleasure.

“Don’t forget to go to the loo before the wedding – it could be a very long wait in the cathedral! With my love, Charles.”

After his second wedding to Camilla, Prince Charles shared his happiness with Ms Dawson writing: “And you can have no idea how lucky I am to have my Darling Camilla.”

Prince Charles marked the death of his beloved grandmother by writing a lengthy message to Princess Alexandra’s former royal aide in 2002.

Unveiling his pain, the heir apparent to the throne confessed he had long “dreaded her eventual departure”.

Celebrating the Queen Mother’s life and spirit, he added: “She also leaves behind the most wonderful legacy of unbelievably happy memories of fun, laughter and an atmosphere of constant affection and interest in everything.”

Her letters, cards and notes are set to be auctioned on Thursday by Hansons and the whole collection has been estimated to be worth approximately £10,000.

“She never had any children. It’s been a long process sorting through all the memorabilia.

“We’ve found Easter messages from the Queen Mother and a letter from Princess Alexandra saying she missed Marjorie when she was on holiday.

“This is just the tip of the iceberg. There are five diaries each documenting five years of royal service and we’ve found cine film and slides in the attic.”