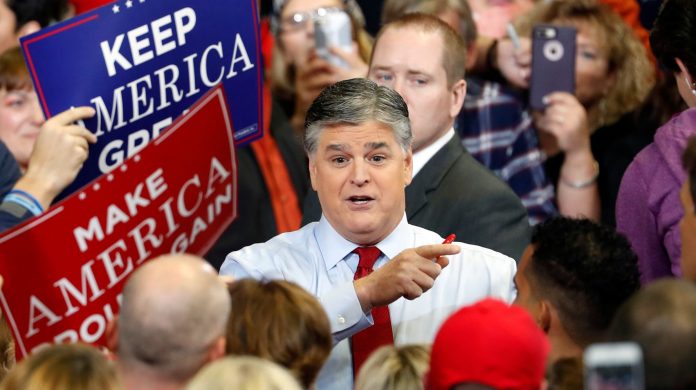 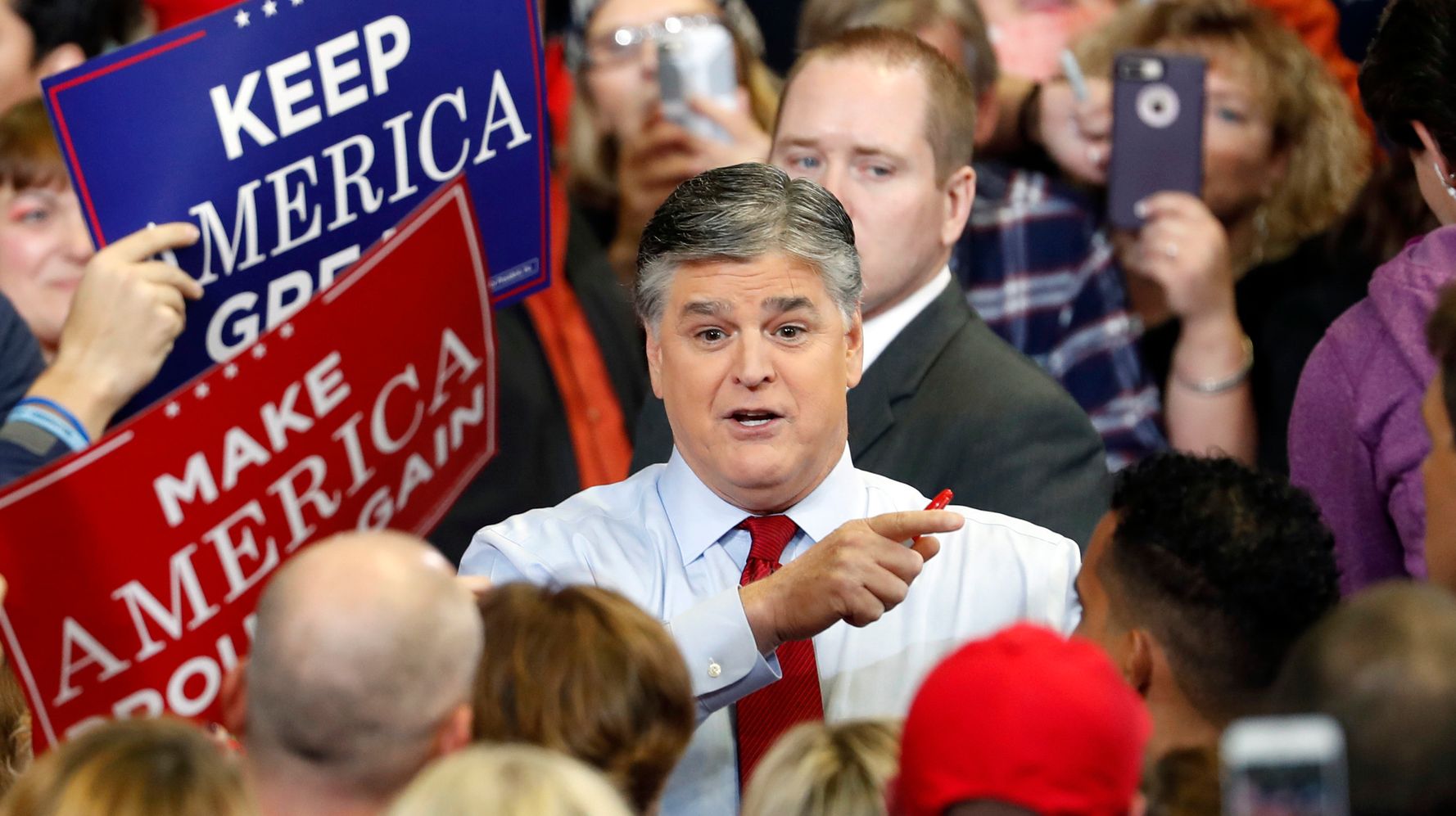 Fox News host Sean Hannity is under fire for crossing ethical lines after President Donald Trump’s campaign team offered signed copies of his forthcoming book in exchange for donations to the campaign.

In an email sent from Trump Headquarters to subscribers, which was posted online by Daily Beast politics editor Sam Stein, the campaign offered to send signed copies of Hannity’s new book, Live Free or Die, to supporters who make a $75 donation.

Sean Hannity lends his book and name for the RNC to help raise money for Trump. The stuff that would normally get one in trouble at a news organization. pic.twitter.com/1JS8ExDZkj

Most major news organizations bar journalists from contributing to political campaigns. Hannity, who regularly stumps for the president on his TV and radio shows, has even been rapped by Fox News in the past for similarly inappropriate conduct.

Following Hannity’s appearance on stage at a Trump rally in Cape Girardeau, Missouri in 2018 ― during which he lauded the president and attacked all others in the media as fake news ― Fox News told HuffPost it “does not condone any talent participating in campaign events” and said the incident was “an unfortunate distraction and has been addressed.”

In 2016, after Hannity was featured in a political ad released by the Trump campaign, Fox News said he would not be permitted to appear in any other promotional materials for the remainder of the election season.

HuffPost has reached out to Fox News for comment about Hannity’s latest involvement with the Trump campaign.

The book giveaway prompted rebukes from journalists and others on social media:

Next time Sean Hannity or anyone at Fox tries to pretend he’s independent of Trump, remind them Hannity provided signed books as a free gift to anyone who donated $75 to Trump’s campaign. Wonder if any other major news organization would allow this? https://t.co/dHRwXDUhtX

So @seanhannity is literally fundraising for the @GOP and @realDonaldTrump. Just say that he is on the campaign team. NO ONE on @FoxNews can say a damn thing about what anyone else does. https://t.co/INQlblNwLG

Fox News on Hannity appearing in a Trump ad in 2016: “We had no knowledge…and he will not be doing anything along these lines for the remainder of the election.”Fox when he appeared at 2018 rally: “Fox News does not condone any talent participating in campaign events.”2020: https://t.co/j9zoAz23PU

When I received this fundraising email, I asked a Fox PR person for comment.. https://t.co/rGnTxAsT7Y

Remember when MSNBC host Keith Olbermann was suspended without pay after he made campaign contributions to a couple of Democratic candidates? https://t.co/uueaUVDHXK

.@seanhannity is honestly the grift that keeps on grifting. #TrumpHasNoPlan other than greasing the palms of his petulant pawns. https://t.co/F2SGdPs6yW

The post Sean Hannity Under Fire After Trump Campaign Uses His Book For Fundraising appeared first on Huffington Post.