Seattle police chief Carmen Best is urging the city council to take a stand against protestors intimidating public officials and employees after “a large group of aggressive protestors” visited her home on Sunday night.

“I urge both of you, and the entire council, to stand up for what is right,” Best wrote Monday in a letter addressed to the council’s president Lorena González and public safety chair Lisa Herbold. “These direct actions against elected officials, and especially civil servants like myself, are out of line with and go against every democratic principle that guides our nation.”

“Before this devolves into the new way of doing business by mob rule here in Seattle, and across the nation, elected officials like you must forcefully call for the end of these tactics,” she added.

Best’s neighbors were able to stop the protestors from trespassing or engaging in other illegal activity at her Snohomish County residence, the letter said.

“The events of this summer were initiated in a moment of grief and outrage over the murder of George Floyd by Minneapolis police officers and so many other Black and Brown people suffering at the hands of injustice,” Best said. “All of us must ensure that this righteous cause is not lost in the confusion of so many protestors now engaging in violence and intimidation, which many are not speaking against.”

In July, nearly 2,000 protestors swarmed Seattle Mayor Jenny Durkan’s home despite her address being protected by state law confidentiality as a result of her work as a U.S. attorney dealing with drug cartels, the Daily Caller reported.

The mayor had called for a full council investigation of councilmember Kshama Sawant who Durkan said acted “with reckless disregard for the safety of her family” in attending a march and rally in the mayor’s neighborhood.

Protests in the city have led the mayor to propose $20 million in cuts to the police department budget in addition to the city council’s 39 amendments that would lay off 32% of employees at the department, according to local outlet KOMO.

The council has also proposed creating a civilian-led violence prevention unit to replace the police for a majority of calls the department currently handles. 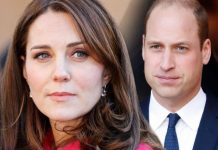 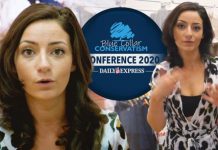