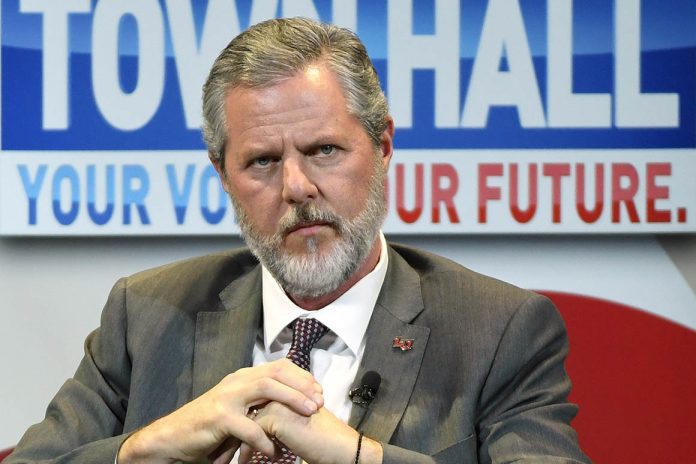 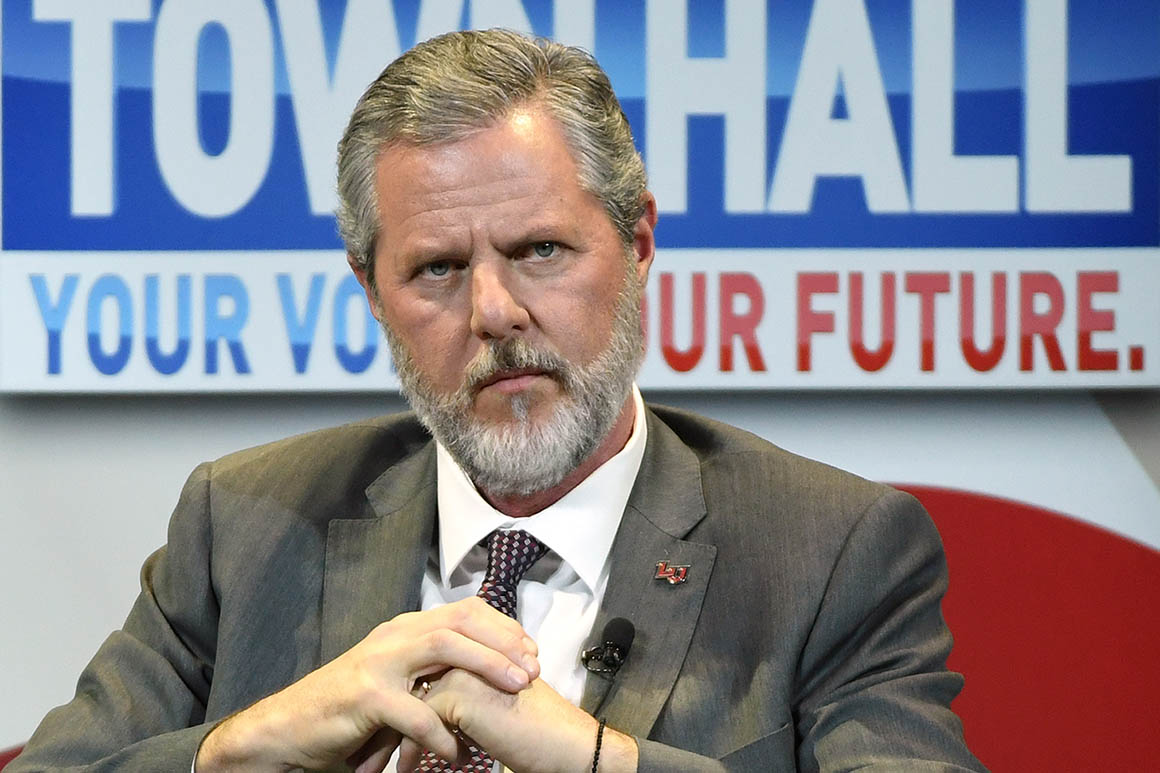 A photo circulating on the internet that appears to show Liberty University President Jerry Falwell Jr. on a yacht with his pants unzipped and arm around a woman is sparking backlash against the leader of the Christian college.

In the photo, both Falwell, who is one of President Donald Trump’s most vocal evangelical supporters, and the woman appear to have their midriffs exposed.

“How is this Jerry Falwell Jr. photo even real?” tweeted Meghan McCain. “Also if you’re running the largest Christian university in America maybe don’t put photos of yourself on social media with your pants undone on a yacht – with random women in bad wigs. So gross, so hypocritical.”

S.E. Cupp, the conservative CNN host, tweeted: “There were already so many good reasons not to entrust your kids to Jerry Falwell Jr’s learning institution. The unzipped pants yacht photo – of the school’s PRESIDENT – is sadly the least of them.”

The photo had apparently been posted to Falwell’s Instagram account but subsequently deleted. Several photos that seem to be from the same yacht vacation remain on Falwell’s account. A screen capture of the post was first posted by Robert Downen, a religion reporter at The Houston Chronicle.

“More vacation shots,” read the caption, apparently posted alongside the photos. “Lots of good friends visited us on the yacht.”

The photo also shows Falwell with a drink in his hand. “I promise that’s just black water in my glass,” the caption added. “It was a prop only.”

Scott Lamb, a spokesperson for Liberty University, declined to comment on the authenticity of the photos or the appropriateness of Falwell being seen in such circumstances.

Liberty University has a strict code of conduct for how students must behave at the school, including prohibiting premarital sex and the consumption of media that includes lewd lyrics, anti-Christian messages, sexual content and nudity.

The university also has a dress code for students that reads: “Cleanliness, neatness, appropriateness, and modesty are the general guiding factors with regard to dress.”

The photo of Falwell appears to be a parody of or reference to the comedy TV show “Trailer Park Boys.” The website Pulpit & Pen published a video, set to the theme music of the show, that shows Falwell and other yacht guests in costume. It appears to have been taken by someone on the yacht.

This is not the first time Falwell has been caught up in controversy over photos that seemingly run counter to the reputation that Liberty University has cultivated as a leading evangelical school.

POLITICO last year reported on photos of Falwell visiting a Miami Beach nightclub with his family in July 2014. Falwell claimed that any such photos were “photo-shopped.”

The post Photo appears to show Jerry Falwell Jr. with zipper down and arm around a woman appeared first on Politico.