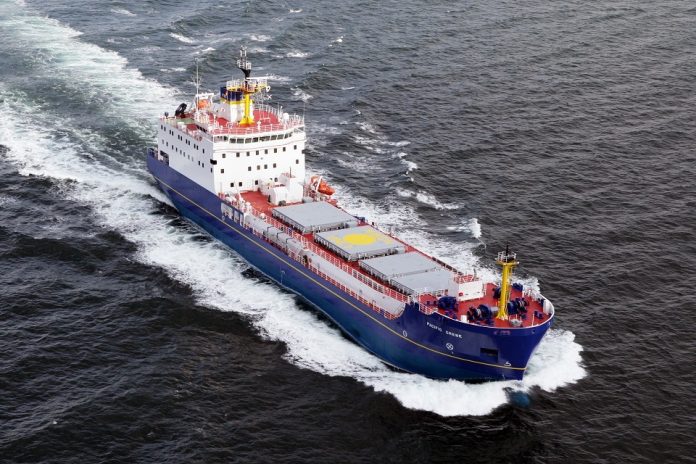 As previously announced, the UK will be returning high level waste in the form of vitrified residues to Germany.

The waste results from the reprocessing and recycling of spent nuclear fuel at the Sellafield site in West Cumbria, which had previously been used to produce electricity by utilities in Germany.

The first of the three planned shipments is now safely under way. Six flasks, each containing 28 canisters of high level waste, were first transported from Sellafield to the nearby port of Barrow-in-Furness by rail. The flasks were then loaded on to the specialist nuclear transport vessel Pacific Grebe, operated by International Nuclear Services (INS).

The vessel sailed from Barrow at approximately 11pm on 27 October and is now en-route to a German port, where the flasks will be offloaded for their onward journey by rail to a Federal interim storage facility at Biblis.

INS, a subsidiary of the Nuclear Decommissioning Authority, draws on more than 40 years’ experience of transporting nuclear materials safely and securely around the world.

INS has contracted with Daher Nuclear Technologies GmbH to safely manage the overland transport in Germany.

The Vitrified Residue Returns programme is a key component of the UK’s strategy to repatriate high level waste from the UK, fulfil overseas contracts and deliver Government policy.

Sellafield Ltd will provide further information on the shipment in due course.