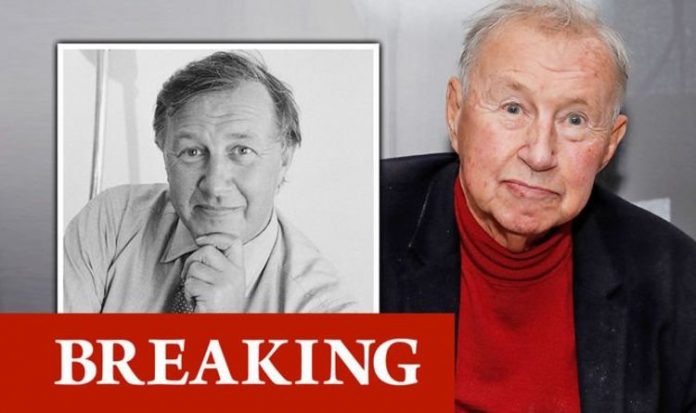 The designer, retailer and restaurateur died “peacefully” at his Barton Court home, the statement released by the Design Museum said.

It described Sir Terence as a “visionary who enjoyed an extraordinary life and career that revolutionised the way we live in Britain”.

The statement added: “A proud patriot, Sir Terence promoted the best of British design, culture and the arts around the world and at the heart of everything he did was a very simple belief that good design improves the quality of people’s lives.

“From the late forties to the present day, his energy and creativity thrived in his shops, restaurants, bars, cafes and hotels and through his many design, architecture and furniture making businesses.

“Founding the Design Museum in London was one of his proudest moments and through its endeavours he remained a relentless champion of the importance of education to young people in the creative industries.

“Sir Terence enjoyed a remarkable life to the full and always maintained that his work never felt like a job – everything he did for business he would have done for pleasure.

“In his private life he was adored by his family and friends and we will miss him dearly.

“It gives us great comfort to know that many of you will mourn with us but we ask that you celebrate Terence’s extraordinary legacy and contribution to the country he loved so dearly.”

Tributes poured in for Sir Terence on social media.

“The designer, philanthropist and businessman sadly passed away today, at 88 years old.

“He had a big impact on British life and revolutionised everyday living.”

“One of the towering figures in postwar design, he shaped the lives of millions.

“He also was extremely kind to me on the few occasions I met him. A great man.”

Another Twitter user wrote: “Very sad to hear. I met Sir Terence Conran twice whilst working for a bank. He was a true gentleman, polite, courteous, friendly and an all round decent man. RIP.”

One more said: “My husband has worked for him for 20 years, met him on occasion at events he held for families of his employees. Sad news, RIP.”

Terence Orby Conran was born in Kingston-upon-Thames, Surrey, on October 4 1931, the son of Christina Halstead and Gerard Conran.