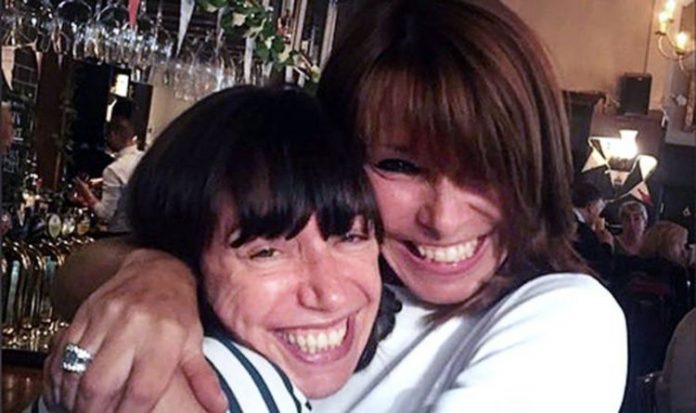 Several high-profile journalists attended news anchor Kay Burley’s 60th birthday party on Saturday. Sky stalwart Adam Boulton appeared to back claims that she and others had acted like “morons” by “illegally going on a bender” at a central London eatery. Ms Burley was the first to be absent from hosting after issuing an apology for “inadvertently” breaching Tier 2 restrictions and is now set to be away until early 2021. But Sky News veteran Mr Boulton appeared to show his own annoyance when he retweeted a viewer’s angry message about the scandal.

It read: “Look at the state of Sky News. The morons spent all summer preaching to us and now look at them! After illegally going on a bender, they were going to go to a hospital to put lives at risk!’”

Insiders said all Sky staff have been summoned for a meeting and an inquiry into whether the gathering was “Covid compliant” will be held.

Miss Burley said she was due to be on annual leave from the end of this week. But it is understood the anchor has been taken off air along with Ms Rigby, north of England correspondent Inzamam Rashid and presenter Sam Washington.

Tier 2 rules state you are not allowed to eat inside a restaurant with anyone outside your household.

Colleagues say the group are open to accusations of hypocrisy, having previously held others to task over breaches of the guidelines.

In May, Ms Burley interrogated Michael Gove over his defence of Dominic Cummings’ lockdown-flouting trip to Barnard Castle.

And Ms Rigby was sent to grill Mr Cummings at his press conference in the Downing Street garden.

It was after hosting a dinner for 10 on Saturday that Miss Burley “popped” into another restaurant after the 11pm curfew, which was half a mile away, to “spend a penny” while she waited for a taxi.

Mr Rashid appeared to have further breached Covid rules by travelling from his home in Manchester, in Tier 3, to attend the event in Tier 2.

It is understood Ms Burley returned to her London home with four colleagues – thought to include Mr Rashid and ex-royal correspondent Paul Harrison – in a further breach.