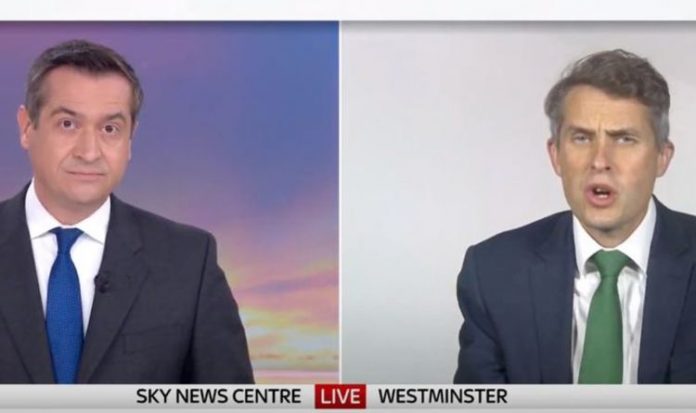 The Sky News presenter challenged Gavin Williamson’s nomination to the “MP of the Year” award as the Education Secretary continues to face criticism over his management of exams across England. Mr Williamson was forced to perform several U-turns after the release of A-level results plunged million of students into despair over downgraded grades, resulting in many losing access to their first choice of university or apprenticeships. Mr Paterson put the frontbencher on the spot, quizzing him on why he is on track to secure an award for his performance while the head of exam regulator Ofqual, Sally Colliers, was forced to resign because of the exam chaos.

A stern look on, the Sky presenter said: “Yesterday we saw the head of Ofqual resigning. A couple of days ago, we saw you being nominated for MP of the Year.”

Mr Williamson hit back: “Every bit of the Government’s focus recognises that we’ve got to get children back into school.

“That’s why we’re putting our focus on getting children back into school in September in every age group.”