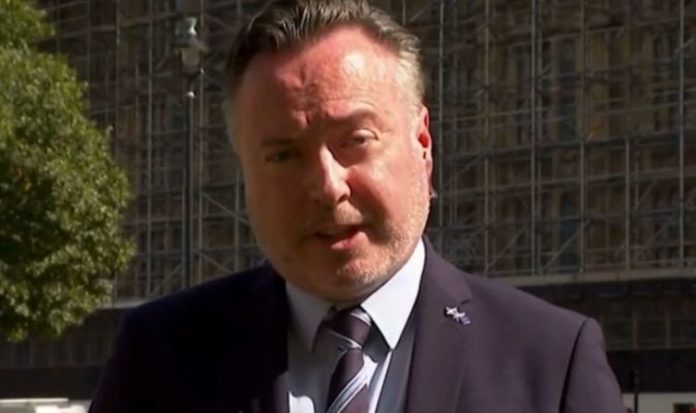 SNP MP Alyn Smith attempted to defend Nicola Sturgeon’s push for independence despite the pressure from the coronavirus crisis. While speaking on BBC’s Politics Live with Jo Coburn, Mr Smith claimed there was growing support for a referendum on independence. But the BBC host questioned the SNP’s timing and whether the Government was focussing on the wrong aspects of leadership at this time.

She said: “Independence is obviously important, as you say, and it is what the SNP is about.

“But it is also about focus because back in March you paused your campaign for an independence referendum so you could focus all your resources on tackling coronavirus.

“The virus is still with us, why are you bringing back the independence campaign now?”

Speaking ahead of Prime Minister’s Questions in the Commons, Mr Smith replied: “There is a desire in Scotland to bring it forward.

“Brexit has proven the democratic deficit that exists in the UK.

“You are about to see a pantomime with Prime Minster’s Questions.

“The opposition pretends to hold the Government to account and they pretend to be held to account.

“This demonstrates on a daily basis that Westminster isn’t working for Scotland.

He said: “That is one issue amongst many which amount to £2 billion green and energy investment.

“We have announced retraining for 10,000 people facing redundancy.

“We are incorporating the UN convention and rights of the child into domestic Scots law.

“We are a pro-independence party and the people of Scotland have a right to choose their own future.”