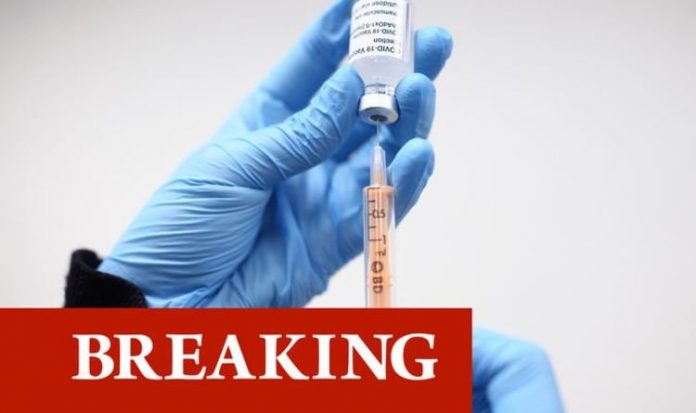 A study due out on Monday reveals new trials on patients and blood tests of those vaccinated found the jab showed significantly reduced efficacy against the South Africant variant, the FT reports. None of the more than 2,000 patients who took part in the trial died or was hospitalised but the findings could complicate the vaccine roll-out as new strains emerge.

The study says: “A two-dose regimen of the vaccine did not show protection against mild-moderate Covid-19 due to the South African variant.”

It says efficacy against severe Covid-19, hospitalisations and deaths had not yet  been determined.

The study, led by South Africa’s University of the Witwatersrand and Oxford university, enrolled 2,026 patients with an average age of 31.

Tulio de Oliveira, who heads the Network for Genomic Surveillance in South Africa, told the FT the findings were a “wake-up call to control the virus and increase the response to Covid-19 in the world”.

An AstraZeneca spokesman said: “We do believe our vaccine could protect against severe disease, as neutralising antibody activity is equivalent to that of other Covid-19 vaccines that have demonstrated activity against more severe disease, particularly when the dosing interval is optimised to 8 to 12 weeks.”

A spokesman for Oxford University said: “Oxford is working with AstraZeneca to optimise the pipeline required for a strain change should one become necessary.

“This is the same issue that is faced by all of the vaccine developers, and we will continue to monitor the emergence of new variants that arise in readiness for a future strain change.”

The South African strain has proved worrying for drug companies and governments after being repored in countries all over the world including the UK.

Johnson & Johnson and Novavax have both said their vaccines had proved less effective against the South African strain in clinical trials.

Moderna is carrying out tests on a booster jab and a newly reformulated vaccine after studies showed its vaccine was significantly less effective.

BioNTech/Pfizer also said their vaccine was slightly less effective in a lab study but have not published results of tests against the variant itself.

Worcestershire has become the latest area to start surge testing after the South African coronavirus variant was detected in the area.

Worcestershire County Council has set up surge testing in the WR3 postcode after cases of the variant with no links to international travel were identified.

Worcestershire County Council said: “Working in partnership with NHS Test and Trace, every person over the age of 18, living in the WR3 postcode and some WR9 postcodes, is strongly encouraged to take a Covid-19 test this week, even if they are not showing symptoms.”

Dr Kathryn Cobain, director for public health in the county, said: “I urge everyone offered a test to take it up to help us to monitor the virus in our communities and to help suppress and control the spread of this variant.”

DON’T MISS
Does the Pfizer or AstraZeneca vaccine work against the new strain?[SPOTLIGHT]
Is the South African variant of Covid more deadly?[ANALYSIS]
‘Not all vaccines work equally well on all variants’ – expert warning[INSIGHT]

Door-to-door and mobile testing began at the start of the month as part of urgent efforts to swab 80,000 people.

This came after 11 cases of the variant were identified in people who had no links to travel – suggesting it may be spreading in communities.

Any positive results as part of surge testing programmes will be sent for genome sequencing to identify the variant – a process which usually takes around a fortnight.

However, Public Health England said the most recent tests rolled out in a number of areas of the country this week will be prioritised in a bid to speed up the process.