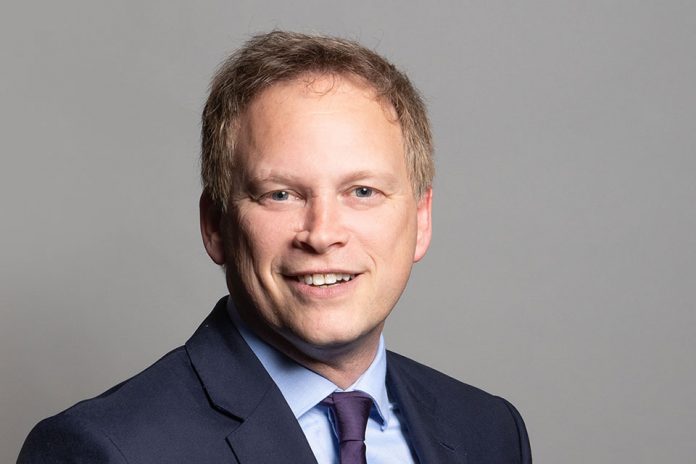 It’s a real pleasure to be taking part today. Thanks to the Yorkshire Post for inviting me to speak.

Though I wish it were under happier circumstances.

As the Prime Minister said earlier, we are at a critical stage in our battle against COVID. A resurgence of the virus we hoped we’d never have to face, yet a resurgence that almost every country around us is experiencing.

Right now, I know it’s tougher for the North than other parts of England. Businesses are hurting and people are worried.

So, I want to talk today about how we’ll stand beside the North as we tackle this second wave, how we’ll further empower the region as we recover from the virus and how we’ll help businesses generate the jobs and prosperity that the Northern Powerhouse is all about.

Coronavirus has not only stretched the North this year, of course, it’s stretched government too. It’s forced us to redirect resources, people and time to battle this terrible pandemic.

We haven’t always got things right. But to anyone who claims that the Northern Powerhouse is somehow less of a government priority as a result, I would say this:

By exposing and accentuating existing gaps in our society, by hitting the poorest and neediest the most, this virus has just reconfirmed the defining purpose of this government: the need to level up our country.

So, far from downgrading the Northern Powerhouse project, it has made it even more critical that we get on with it, than perhaps a year ago.

Even more critical that we reinforce and renew the North’s transport infrastructure.

And even more critical that we harness the enterprise and skills of the region.

I think it’s also even more critical that we work together to speed its delivery.

COVID has changed us all. Quite apart from the number of families who have lost loved ones, it’s also had a huge economic impact.

That’s why the government has took unprecedented action to help workers with the furlough scheme, to support public services, and local transport throughout the lockdown and to help businesses stay afloat.

But as the pattern of the disease has developed, so has our response.

Earlier this month, the Chancellor announced that the Job Support Scheme would be extended to companies over the winter period to pay the wages of staff who cannot work.

And as we set out, there is further funding for the ‘test, trace and contain’ activities on a regional and local basis.

And just as our COVID response has changed, so has our approach to the Northern Powerhouse.

If I ever hear people ask: “when will the Northern Powerhouse actually start to deliver?”, I say it’s already begun.

The £3.4 billion invested through Growth Deals?

Or the fact that almost half of the 100 UK towns to benefit from the £3.6 billion Towns Fund are in the North?

So much has been achieved since 2014.

I’ve seen Manchester develop and grow massively from the city that I knew when I was a student there back in the 1980s. Similarly, places where I’ve worked soon after I finished studying – in Liverpool, the Wirral and Cheshire – a lot has certainly changed.

By next May, 60% of the region will be represented by metro mayors – far more than any other part of England.

Because of course, the Northern Powerhouse was never designed to be imposed by central government. It was always intended to be owned and driven by the North.

So, we will be setting out further plans to empower communities and speed up decentralisation in our Devolution and Local Recovery White Paper.

And what about transport across the Northern Powerhouse?

There are far too many schemes to mention right now, of course, but they do include:

And the investment continues.

Last week I approved £42 million to upgrade the A630 Parkway between Rotherham and Sheffield.

Tomorrow, Cheshire East Council will confirm the works for the Poynton Relief Road, backed by £16.4 million of government money, will go ahead.

And today I can announce vital new funding to boost trams across the North whilst passenger revenues have been so low and suffering.

Local authorities and operators in Sheffield, Tyne and Wear, Manchester and Blackpool will be among those to share £35.4 million over the next 12 weeks to keep those essential services running.

A further £32.4 million will be available, subject to government review, to support the trams through to next March.

This brings total additional funding for trams to more than £160 million since the start of the pandemic.

And there’s much more to come.

For example, we’re working on an Integrated Rail Plan, explaining how we will build Northern Powerhouse Rail, HS2 and other transformational projects in the North.

Our new Bus Strategy will also help overhaul provision of bus services across the region – something I know there’s been much call for.

The Williams Review will trigger a new approach to running the railways, replacing the broken franchise model, reforming fares and ticketing and securing better, more reliable services for the whole of the North. The reason again that I took over Northern – to get this going.

And we’ll push forward with the ‘Restoring Your Railway’ scheme, to reverse some of the Beeching cuts of the 1960s.

What’s really exciting is sparking the creativity and dynamism of the North.

The region is already leading in many fast-developing industries like clean energy and green transport.

For example, a recent study showed the potential for hydrogen production from offshore wind, a resource with huge potential in the North, and which could be worth as much as North Sea oil and gas at its peak, which is why I recently announced plans for Tees Valley to become a trailblazer for hydrogen transport. A new hub to pave the way for hydrogen buses, hydrogen trucks, and hydrogen ships.

Trials of the first hydrogen trains have already begun and the world’s first hydrogen-powered plane took to the skies at the end of September. These ideas are happening in the UK, reaffirming the technology that we’re developing really fast.

Much of it is developing right here in the North. Just a few weeks ago, Nissan’s 500,000th Leaf electric vehicle rolled off the production line in Sunderland, one of Europe’s most efficient and pioneering of all car plants.

It’s also fantastic to see northern cities embrace cleaner transport, like the fleet of all-electric buses that have just hit the roads in Leeds, following a £60 million infrastructure scheme to make the city one of the most bus-friendly in the country.

I was appointed Northern Powerhouse Minister in February this year, and, as we know, COVID-19 hit us all very hard in March.

But I’m going to be leading and championing the Northern Powerhouse right the way across government throughout 2021.

I’m able to give it the clout that comes with having a full Cabinet Minister talking about it every week around the Cabinet table.

Central government will be more joined up, as we will also ensure our relationships are with the North.

That’s why we recently established the Northern Transport Acceleration Council, made up of local leaders and chaired by me as the Secretary of State.

Its task is to find a way of powering past obstacles and things which slow down the projects and prospects for the North.

And we’re tasking it to get new initiatives up and running as well.

This is not just about major projects like HS2, the Transpennine Upgrade and Northern Powerhouse Rail. This is about big projects and small projects, some of them very significant to local communities.

It’s about making the Bus Strategy and Beeching reversals work for the North, for example.

It’s about improvements to northern roads, trams and rail services which make an incalculable difference to people’s daily lives.

The council is a forum for free and frank discussion – not just to get projects moving, but also to tell us where we can improve.

Everyone, from Metro Mayors to local councillors, gets their say and I get to speak to them directly.

And it will work closely with the DfT’s Acceleration Unit to make sure everyone’s pulling in the same direction.

Nobody could have envisaged at the start of 2020 the devastating impact COVID would have on our country.

It’s been one of the most difficult years in our modern history.

But whilst the fight to beat the virus must be our overwhelming priority right now, the battle to rebuild from COVID in 2021 is just as important.

To get the North’s economy moving again.

To get businesses competing.

And to recover the jobs that have been lost.

Now, I don’t pretend that the Chancellor has infinite resources, despite the fact that he has approved the programme today.

Some very tough decisions will have to be taken on spending.

But we will honour our promises we’ve made to the North.

We will accelerate our pipeline of investments to review and renew the North’s infrastructure, to reconnect and revive towns and communities, to spread opportunity and enterprise.

And we will continue to support the North’s brilliant innovators, creating the jobs of tomorrow.

But ultimately, the most fundamental challenge is to ensure the North truly owns the Northern Powerhouse.

It was crucial in 2014. It’s doubly crucial today, as we build back from COVID.

So, let’s resolve to stand together against this disease and speed the recovery throughout the region by charging the batteries of the Northern Powerhouse and allowing innovation and growth to help us build back better.

Thank you very much.