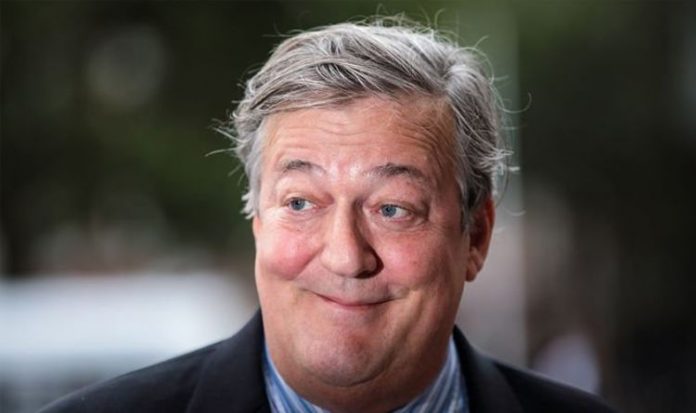 ‘Stephen Fry’s 21st Century Firsts’ airs tonight as the comedian looks to dissect the first two decades of this century, a tall order given the amount of controversy and drama that has taken place in this chaotic time period. Fry discusses everything from the rise of social media to the presidency of Donald Trump on the ITV show. The former QI host isn’t one to shy away from giving his opinions on the biggest stories, and that includes his Brexit “myth-busting” efforts in 2018. He pointed out, amid the Brexit debate, that on some issues the right information hadn’t always been afforded to the British public.

A 2017 study found, for example, that only 29 percent of the public thought immigrants bring more into public finances than they take out, despite this being the case.

Four in ten incorrectly thought that EU immigrants had reduced the quality of NHS services.

In the video, titled ‘Facts vs Fear’, Fry raged at the infamous NHS bus and also compared Brexiteers to Donald Trump in the US.

However, one commentator claimed that Fry adopted the wrong tone in the video, making an “error” which could stop him from changing people’s minds.

Bobby Duffy, a visiting senior research fellow at King’s College London, and managing director of the Ipsos MORI Social Research Institute, argued that Fry was appealing to Leavers in the wrong way.

Professor Duffy said that, while outlining facts on issues such as immigration is important, Remainers also needed to appeal to the emotional responses of Leave voters.

He said that Fry’s video “repeats the mistakes of the Remain campaign”.

The academic continued: “Does this simple mythbusting approach work to change minds? The evidence suggests it doesn’t, because as I’ve argued it misses a large part of the point: that our misperceptions are often more emotional than rational.

“The framing in Fry’s video ignores the wider concerns people had about the speed of change in their communities, beyond the economic and fiscal impacts.

Prof Duffy added: “When talking to a divided public about Brexit, it would be more effective for Remain supporters to begin communications with an understanding that the economy isn’t working for many people, and that this has led to understandable anger.

“Then recognise that there are clearly pros and cons to leaving, which made it such a difficult decision to come to as a nation, and helps explain why it was such a close vote.

“Instead Fry’s video repeats some the same mistakes from the 2016 referendum – no doubt partly driven by a justified frustration at how badly the truth was mangled by some Leave campaigners.”