Experts put forward a new theory on the ancient stone structure during BBC Two’s ‘Stonehenge: The Lost Circle Revealed’ documentary. Researchers now believe a dismantled stone circle at Waun Mawn, in the Preseli Hills of West Wales, is likely to have been used as the foundation for the site that stands in Salisbury, Wiltshire, today. Excavations and analysis of the area led by Professor Mike Parker Pearson of University College London dated the stone circle to around 3400BC and found several similarities between both sites.

And Professor Alice Roberts detailed the incredible technique they used to locate the new site during the BBC documentary,

She said: “A stone circle in west Wales fits the pattern.

“As well as the obvious dolmens, the landscape around the quarries is scattered with standing stones – most of an unknown age.

“But there was no obvious place for Mike to start his new search.

“To see the invisible, Mike turned to the latest technology – aerial photographs [taken by drones] were studied, and aerial photogrammetry was employed to map sites of interest.

“From the photos, 3D models could be created, revealing hidden features in the Preseli landscape.”

Promising sites were selected by the team to be investigated further.

Prof Roberts added: “They employed ground-penetrating radar, alongside magnetometry, picking up tiny, magnetic traces in the soil left by the heat of ancient hearths.

“Among the scattered standing stones, they were looking hard for traces of a circular monument, something that could have been the original bluestone circle.

“The data suggested many promising sites, but one stood out in a field called Pensarn.

“Just below the surface, stone holes.”

Prof Parker Pearson detailed how he thought he had uncovered the original site.

He said: “This is the perfect position.

“We’re looking at features that are the size of the bluestone holes at Stonehenge.

“We have a pit for a standing stone, it’s got the packing in it, but totally unexpected – it’s got the broken off stump of a bluestone sitting in it.

“This is the first direct evidence that these really are stone holes.”

But the Pensarn site would be one among a list of areas that would lead to dead ends after carbon dating.

It was not until experts got to their final spot of interest identified by the drone at Waun Mawn that they would make a breakthrough.

A stone circle was dated to around 3400BC and the team found several of the monoliths were of the same rock type and one of the bluestones at Stonehenge matches a hole.

Experts now theorise that the stones used for Stonehenge were transported by the Neolithic civilisation to become Britain’s first “monument to unification” in 3000BC.

Prof Parker Pearson believes people were moving eastward and bringing their cultural “crown jewels” with them from ancestral homelands in Wales.

Waun Mawn is now being tipped as the original monument because it lies next to quarries where Stonehenge’s smaller bluestones originate, its perimeter ditch has the same diameter and is also aligned with the midsummer solstice sunrise. 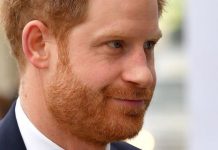 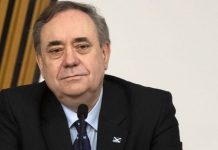