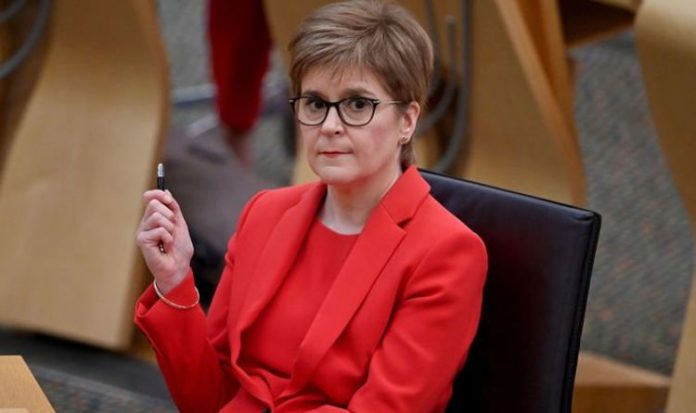 Siblings Sandy and James Easdale – previously dubbed “Scotland’s quiet tycoons” – have said that Brexit and the ability to scrap EU red tape has opened massive new opportunities for businesses in Scotland. The Easdale brothers from Greenock, who in the last six months have signed off more than £400m worth of new construction projects alone, say that post-Brexit changes are set to dramatically boost expansion for themselves and other British business titans.

“Construction deals are booming, just a week into Brexit year one and we see a new landscape and energy. It is felt across many industries, it’s only January but we’ve just penned a deal to now make us the biggest independent bus operator in the nation.

“Transport is only one of our business strands, those 1,200 incredible employees and 850 buses makes us proud.

“But Brexit year one is going to see many deals, for us and also our business rivals – new red tape removal encourages growth, it makes deals happen more quickly and it encourages healthy risk taking.

“Small regulatory changes seem irrelevant to the public but I assure you that post-Brexit changes give a huge boost to businessmen like ourselves.”

The working class brothers have risen from nowhere, catching many foreign operators in the UK by surprise.

They stepped onto the business ladder in their teens, hauling metal in their father’s scrapyard during the day, while driving taxis through the night to earn funds for their first purchases – taxi companies, then bars and restaurants, and then bus and property companies.

“Things were hard when we started,” said James Easdale, 49.

“We worked constantly as teenagers, battled and rose, I remember in our twenties we signed a million pound deal with one of our business heroes, the legendary Tony Gallagher. That seemed an achievement but we had to work so hard for it.

“Now, with Brexit, the business environment is less hostile. Those kinds of property deals are so much easier now. Brexit makes the UK a safer bet for international buyers. Property here seems like a safe investment now and we have already noticed a difference.”

The brothers have been credited with helping to reinvigorate rural areas of Scotland.

Last month it was revealed that the brothers have teamed up with high street billionaire Mike Ashley, with a secret London-based office overseeing new joint-deals in the international leisure industry.

“Ourselves and other rival businesspeople who have started in Scotland will not be surprised to hit billionaire status,” said Sandy.

“Brexit’s first year reveals new energy and opportunities for UK domestic entrepreneurs. We believe in the hardworking people of the nation. Some commentators try to stir fears but from the front line I assure people that the most exciting times for the nation are now about to unfold.”

The optimism by two of Scotland’s most important entrepreneurs is in stark contrast to the negative picture being pasted by Ms Sturgeon and other senior Scottish Natlionalist party members.

The Scottish First Minister and the SNP are pushing for an independence referendum before the end of the year which Boris Johnson has refused to agree to.

Ms Sturgeon ordered her MPs in Westminster to vote for no deal even though they claimed the outcome would be a disaster by voting against Mr Johnson’s traded deal with the EU with no other choice.

She said: “Scotland did not vote for any of this and our position is clearer than ever. Scotland now has the right to choose its own future as an independent country and once more regain the benefits of EU membership.”