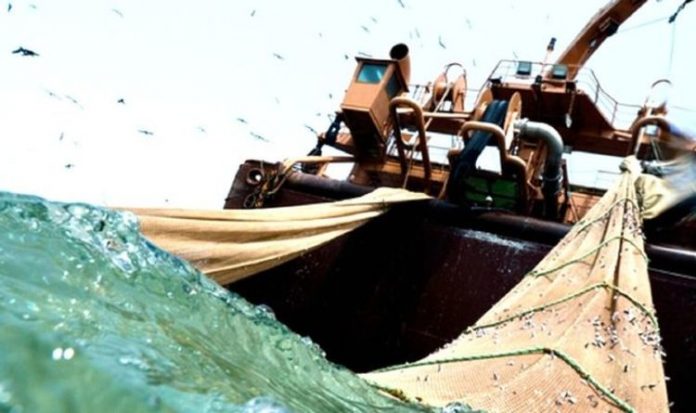 The vast majority of designated Marine Protection Areas are woefully unprotected from exploitation, the analysis suggests – with campaigners demanding the Government adopts a tougher stance after Brexit. The report, entitled Bright Blue Seas, and published by environmental pressure group Greenpeace, indicates just five of the nation’s 73 Marine Protection Areas (MPAs) “may be” progressing towards conservation targets.

A further 21 are “unlikely” to make any progress, while there was no information available on the remaining 47.

The findings follow a recent Greenpeace study suggesting supertrawlers spent 5,590 hours fishing in UK offshore protected areas in the first half of 2020, including Dutch-owned vessel the Margiris, which was spotted of the UK’s east coast over the weekend.

Chris Thorne, an oceans campaigner at Greenpeace UK, said: “The fact that just five of our offshore protected areas ‘may be’ progressing towards their conservation targets is a damning reflection on this Government’s failure to properly protect the UK’s waters.

“Our Government isn’t even sure if these five are actually making progress because all but one lack long-term site condition monitoring.

“Our failing network of offshore protected areas is no surprise when you learn that destructive industrial fishing vessels like supertrawlers spend thousands of hours fishing in our protected areas every year.

“The Government must ban supertrawlers and other destructive fishing vessels from operating in all our protected areas as a first step towards creating a network of fully or highly protected marine areas, covering at least 30 percent of our waters.”

The analysis was put together by compiling each protected area’s Progress Towards Conservation Targets as listed on the Joint Nature Conservation Committee’s (JNCC) MPA Site Information Centres, which hold up to date information on each of the UK’s offshore MPAs.

The JNCC is the public body which advises the UK Government on UK-wide and international conservation.

Charles Clover, Executive Director at ocean conservation charity the Blue Marine Foundation, said: “This report highlights the urgent need to ban destructive fishing practices in our offshore marine protected areas, for the good of the marine ecosystems and the coastal communities that depend on them.

A Greenpeace dinghy is dwarfed by the Willem van der Zwan (Image: Greenpeace)

“As we prepare to leave the Common Fisheries Policy, the UK Government must lead by example and turn these paper parks into flourishing marine reserves that are safe from all forms of harmful, industrial fishing.”

The five offshore MPAs which ‘may be’ progressing towards their conservation targets are Fulmar, North-East of Farnes Deep, North-West Orkney, Pisces Reef Complex and Swallow Sand.

The 21 protected areas ‘unlikely’ to be progressing towards conservation targets include the Wyville Thomson Ridge, Offshore Overfalls and the Wight-Barfleur Reef, three of the MPAs most impacted by supertrawler operations last year.

A Greenpeace petition calling for an enforceable ban on supertrawlers operating in MPAs has already gathered over 214,000 signatures, while more than 80 MPs have now signed a letter calling for acting on marine protection.

With respect to the Margiris, a statement issued by the Pelagic Freezer-trawler Association said: “The Margiris, of course, is fishing based on and within allowed catch quota – in this case catch quota for North Sea herring – and under entirely legal conditions.

Asked about the UK’s policy after the end of the transition period on December 31, a Defra spokeswoman said: “The UK is a global leader in the fight to protect our seas with our ‘Blue Belt’ of protected waters nearly twice the size of England.

“But leaving the EU and taking back control of our waters as an independent coastal state means we can introduce stronger measures.”

The Margiris is the world’s second-biggest supertrawler [GETTY]

“The Margiris of course is fishing based on and within allowed catch quota – in this case catch quota for North Sea herring – and under entirely legal conditions. Also the Margiris is catching this North Sea herring under the sustainability label of Marine Stewardship Council (MSC), which is the most renowned and best-known sustainability label for fisheries.

“The only reason why the Margiris is larger in size than other (for instance Scottish) pelagic trawlers is that the Margiris processes and freezes the fish on board, immediately after catching. While the Scottish pelagic trawlers only catch fish and after catching immediately sail to port to land and sell the fish to a land-based pelagic factory (where the fish is processed and frozen).

“The fact that the Margiris has fish processing, freezing and packaging equipment on board and large storage rooms, makes it this large in size. Not because we want to fish more than the other pelagic trawlers. On the contrary, the daily catch is limited by what the vessel can process and freeze per 24 hours on board.

“The Margiris – just like all our vessels – has the most up-to-date acoustic fish find equipment on board with the sole aim to fish as selective as possible. And we do fish very selective: we have on average in all our fisheries less than one percent of non-targeted species in our catch

“On top of this: in the area where we are fishing at the moment (off the East Coast of the UK) we have implemented in our nets a so-called excluder device. This is a voluntary precautionary measure to even further reduce the possibility to by-catch marine mammals such as seals in our fisheries.”