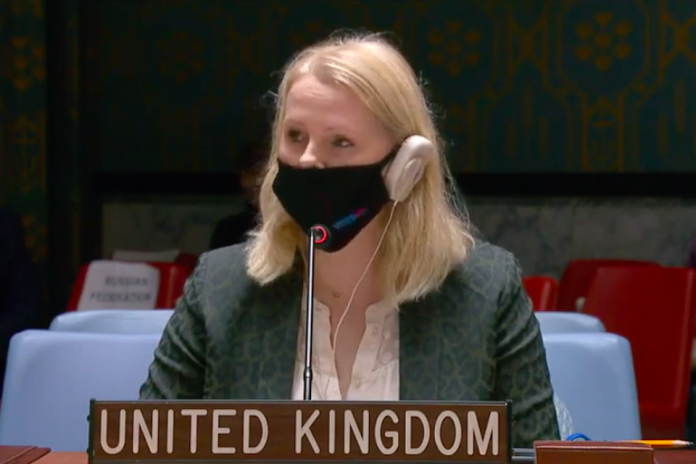 Thank you, Madam President. I’d just like to make a few short remarks in response to the Explanation of Vote by the Russian Federation.

The Russian Federation expressed concerns about references to the relationship between Eritrea and Djibouti. This is a bilateral dispute, but one that the Council has continued to follow with close attention since UN sanctions on Eritrea were lifted in 2013.

When the Secretary-General wrote to update the Council on this issue in July, it was clear that there had been no negative developments in the relationship between Eritrea and Djibouti, and the two countries have continued to act responsibly. But he was also clear there has been no progress towards resolving the outstanding disagreements and that one of the parties continues to view this as a threat to peace and security. Given the divergent views between the parties and between Council members, this text is the fairest outcome and the best way to ensure that the Council can support further progress towards resolving these outstanding issues.

Finally, Madam President, I’d like to thank Council members again for their support for the text, although it’s regrettable that consensus could not be achieved. I especially welcome the Federal Government of Somalia’s engagement in this process and thank them for their constructive approach. This sanctions regime as a central part of international efforts to help Somalia build its long term security and stability and address the threat posed by terrorist organisations such as Al-Shabaab. We strongly support the inclusion of new measures targeting Al-Shabaab finances and are committed to supporting the Federal Government of Somalia to identify, address and mitigate money laundering and terrorist financing risks.

READ  What tier am I in? Latest as Matt Hancock to announce tier changes (Reports)