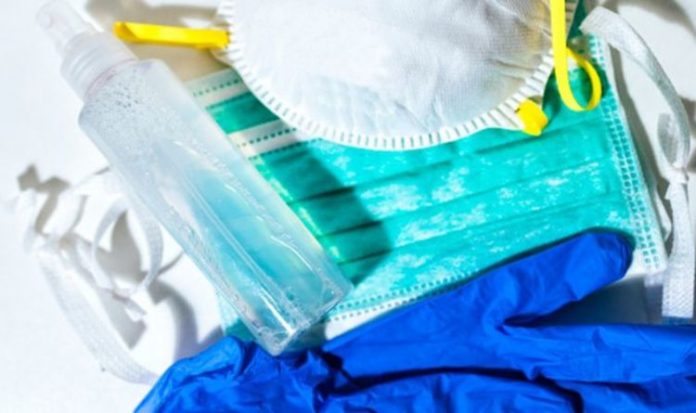 Criminals have stolen from warehouses holding personal protective equipment then distributed the stock on black market networks. Analysis by the British Standards Institution, seen exclusively by the Daily Express, shows they have created fake certificates to convince frontline workers to buy goods, or used online marketplaces to rake in vast profits.

Between March and October 11 percent of 2,239 cargo thefts were of medical devices and supplies, such as masks, aprons or other pieces of protective equipment.

Over the same period last year, fewer than one per cent of cargo thefts were of such items.

Tony Pelli, from the BSI, said: “With PPE, there was a sudden rise in demand and there were genuine shortages and the value of the products rose.

“But the producers of PPE were unprepared for the rise in value of their products to criminals.

“Before the organised criminals go out and commit the theft, they have got their sellers in place to distribute it.”

The masks are said to cost around £2 each if they are bought in bulk but could fetch five times more when peddled on the black market.

Police forces including Greater Manchester, Merseyside and the Met are investigating a series of PPE thefts.

This year, criminals switched to targeting warehouses because fewer vehicles were on the road and more goods are being stored for when the economy recovers. Cargo thefts this year have cost UK companies about £60million.

A senior police source said: “We have to ensure critical infrastructure and supplies aren’t compromised, particularly when vaccines come online.”