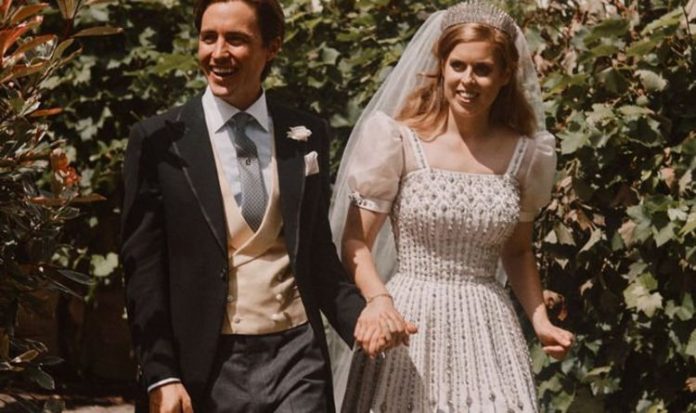 Princess Beatrice and Edoardo Mapelli Mozzi tied the knot in a toned-down ceremony earlier this year, opting for a subdued event amid the COVID-19 pandemic. They allegedly invited only close friends and family to attend, forgoing the trappings of a traditional royal wedding. But they nevertheless took the time to reach out to their well-wishers with a personal flourish.

Beatrice and Edoardo married three months ago in a secretive UK ceremony and only announced the occasion after the fact.

But this didn’t prevent people across the country from offering their congratulations.

According to a fan post on Instagram, people wrote to the couple and received a surprise response this month.

They initially planned to marry earlier this year on May 29, with a less public but still lavish ceremony at St James’ Palace.

COVID-19 forced them to postpone until July when they married behind closed doors.

Unlike the spectacle of the other weddings, the only publicity came afterwards when they released a collection of photos.

Few other details have emerged about the special day other than a comment from the Princess it was “so much fun”.