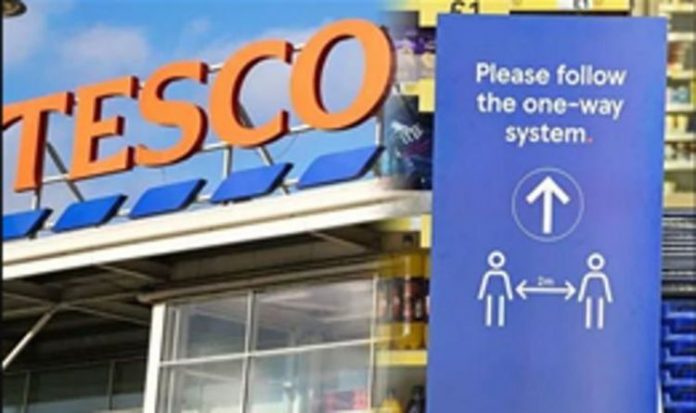 One woman was left speechless after she was told she couldn’t buy a bra from her local Tesco as the supermarket had been ordered not to sell underwear to its customers.

It follows a ruling in Wales that only essential items, including food and pharmaceuticals should only be available to buy.

The woman took to twitter to express her confusion and disappointment when she was unable to buy the bra, which she deemed essential.

She tweeted: “@Tesco Wales has stopped people from buying clothes from your stores, but I’m in desperate need for a new bra for work. Am I allowed to purchase a set?”

Tesco responded explaining that supermarkets have been told by the Welsh Government “not to sell these items for the duration of the lockdown” and that she should go back to her local Tesco store for help.

She added that she managed to purchase a new bra but was unable to shop online because she had been working so much. She said: “Underwear may not be essential to you, but it is to me.”

Controversy has surrounded the Welsh Government’s decision to prevent the sale of products deemed non-essential. These include toys, clothes, electrical goods and gardening supplies.

There was outrage when a mother and daughter were unable to buy period products as they were originally deemed non-essential during the 17-day firebreak. The Tesco store in question was forced to apologise and the Welsh Government had to confirm that sanitary products are very much essential items.

The Welsh Government guidance also says that supermarkets are able to sell products in closed-off sections if they are needed in an emergency or on compassionate grounds. Examples given are: “In the event of a breakage such as microwaves or kettles, or to replace outgrown or heavily worn products such as children’s clothes or shoes.”

Health Minister Vaughan Gething previously told BBC Radio Wales that supermarkets “need to obey the rules” and that “people are trying to make this a lot more complicated than it is.”