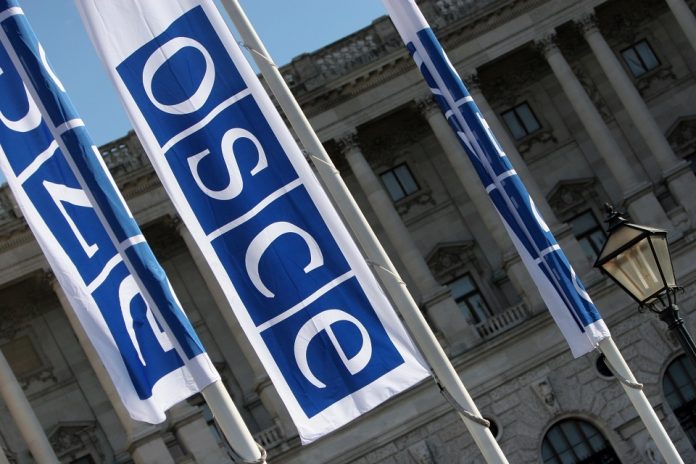 The UK welcomes that the 51st Round of the Geneva International Discussions took place in person on 10-11 December. As the only international forum that brings together all sides from the conflict the GID plays a vital role in trying to achieve a resolution to this ongoing conflict. These discussions could make a real difference to the lives of those on all sides of the Administrative Boundary Lines. Therefore it is concerning that the 51st Round was the only round hosted in 2020.

We are particularly concerned by the recent announcement of a programme to create a common socio-economic space between the Russian Federation and Georgia’s breakaway region of Abkhazia, in clear violation of Georgia’s internationally-recognised sovereignty over the region and further impeding the reconciliation of Georgia’s conflict-affected communities. We are also concerned by the ongoing borderisation activities particularly along the South Ossetia Administrative Boundary Line which have continued despite the COVID-19 pandemic.

Restrictions on people’s freedom of movement remain in place and are exacerbating the humanitarian situation in the breakaway regions. This is made worse by the COVID-19 pandemic as people cannot freely access Georgia’s medical supplies and treatment. These restrictions also significantly contribute to the ongoing issue of internally displaced people who are still unable to return to their homes in South Ossetia and Abkhazia.

These issues highlight the importance of continuing these discussions. It is therefore disappointing that the Co-Chairs press release reports that that some participants did not engage on the key humanitarian issues of internally displaced persons and refugees.

As well as the Geneva International Discussions, the Incident Prevention and Response Mechanism meetings also play an important role in preventing the escalation of the conflict and in helping protect the safety and security of people on the ground. Although we note that the Incident Prevention and Response Mechanism meetings in Ergneti have now restarted, the meetings at Gali remain suspended. The meetings in Gali should resume without further delay or pre-conditions. We also continue to support the objectives of the EU Monitoring Mission in monitoring the activities of all sides along the Administrative Boundary Lines.

I want to re-state the UK’s unwavering support for Georgia’s sovereignty and territorial integrity within its internationally recognised borders. Like the majority of the international community, the UK continues to follow a policy of non-recognition of the self-declared independence of the breakaway territories of South Ossetia and Abkhazia . Russia’s support for the independence of South Ossetia and Abkhazia is a clear demonstration of a lack of respect for the sovereignty and territorial integrity of its neighbour and for the rules based international system.

I would like to re-iterate the UK’s support for the Geneva International Discussions. We call on all parties to support, prepare and engage with the next (52nd) round which is planned for 23-24 March 2021.